Katrice Lee disappeared from a shop for British troops near the German town of Paderborn in 1981, where her father was based while serving in the British army. 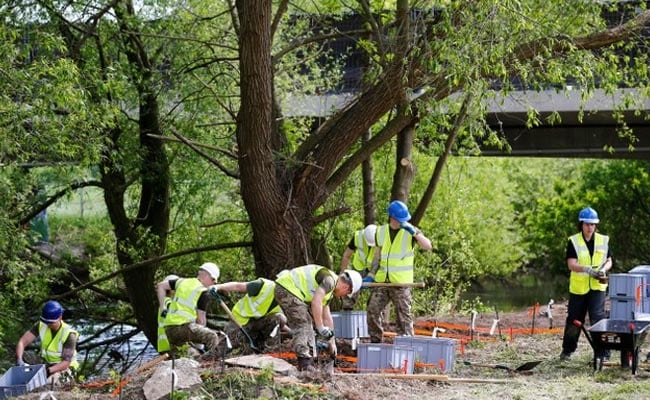 The British Military said the excavations of the bank of River Alme would take over 5 weeks. (Reuters)

Paderborn: British military police have started digging up a German river bank to search for the remains of a soldier's two-year-old daughter who went missing 36 years ago, after a review of evidence suggested clues may have been overlooked in the case.

Katrice Lee disappeared from a shop for British troops near the German town of Paderborn in 1981, where her father was based while serving in the British army. The case has never been solved. Her family believes she was abducted.

The military police's senior investigating officer Richard O'Leary said excavations of the bank of the River Alme started on Monday and would take up to five weeks. The aim was to find evidence, possibly some clothing or even Katrice herself.

"As her father, I want them to find nothing, then it leaves the theory that she was abducted," Richard Lee, 68, told reporters at the site in a clear and composed voice.

"My family feels they have walked in a nightmare down a dark tunnel," Lee added. Investigators have released a photo of what investigators think Katrice would look like now at the age of 38, and a photo-fit of a possible suspect.

The new search was prompted by a fresh analysis of witness and forensic evidence. O'Leary said he was particularly interested in a green car seen near the excavation site the day after Katrice's disappearance. On the day she went missing, a witness had seen a man with a child in a green car.

The family is critical of mistakes made in the original investigation.

"I blame the original investigation and I will never forgive them for what they did not do," said Lee.