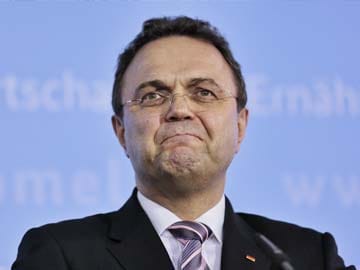 Berlin: Germany's two-month-old government is facing its first serious test, after old enmities between Chancellor Angela Merkel's conservative bloc and their center-left coalition partners flared over the handling of a child pornography investigation.

Armin Laschet, the deputy leader of Merkel's Christian Democratic Union, called Sunday for senior Social Democrats to state "under oath" that they didn't warn one of their party's lawmakers that he was under investigation for allegedly possessing pictures of underage boys.

Sebastian Edathy, who denies owning illegal material, resigned his parliamentary seat days before police swooped on his home and offices to seize computers.

The case has already claimed one Cabinet minister, Hans-Peter Friedrich, who acknowledged passing information to Social Democrats while he was interior minister last October.

Political commentators in Germany are asking whether Merkel's third government can rule in its current state.

"Just a few weeks after it began the grand coalition's ability to govern appears to be limited," wrote Germany's mass-circulation weekly Bild am Sonntag.

News weekly Der Spiegel called it a "tangible government crisis," noting that three senior Social Democrats face questions about what they knew and who they spoke to. They are Economy Minister Sigmar Gabriel, who is also Merkel's deputy; Foreign Minister Frank-Walter Steinmeier; and the party's parliamentary leader, Thomas Oppermann.

All three learned of the probe against Edathy via Friedrich, but deny warning their party colleague that he faced trouble.

Prosecutors have said they are considering opening an investigation into possible obstruction of justice by officials.

Promoted
Listen to the latest songs, only on JioSaavn.com
The case is likely to dominate a meeting of the coalition parties on Tuesday.