The death at police hands of George Floyd, an unarmed black man in the US state of Minnesota, has brought tens of thousands out onto the streets during a pandemic that is ebbing in Asia and Europe but still spreading in other parts of the world. 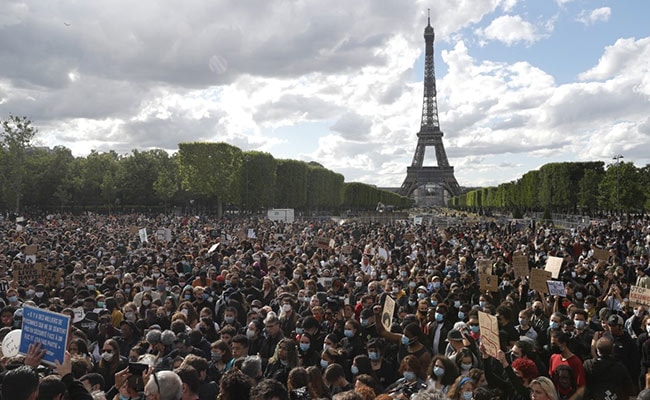 Taking a knee, banging drums and ignoring social distancing measures, outraged protesters from Sydney to London on Saturday kicked off a weekend of global rallies against racism and police brutality.

The death at police hands of George Floyd, an unarmed black man in the US state of Minnesota, has brought tens of thousands out onto the streets during a pandemic that is ebbing in Asia and Europe but still spreading in other parts of the world.

"It is time to burn down institutional racism," one speaker shouted through a megaphone at a hooting crowd of thousands outside the parliament building in London. 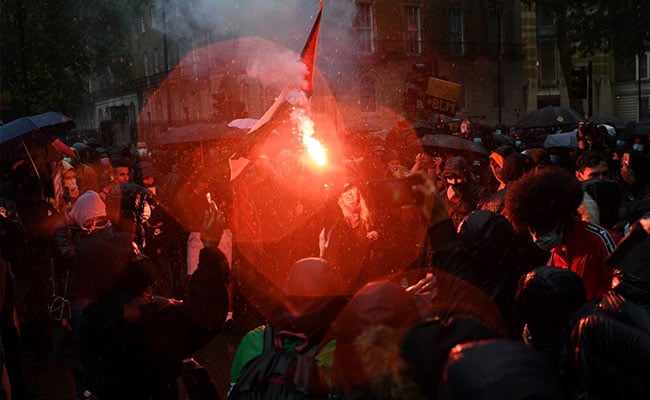 "Silence is violence," the throng shouted back in the rain.

Officials around the world have been trying to balance understanding at people's pent-up anger with warnings about the dangers of a disease that has officially claimed nearly 400,000 lives globally.

Yet tens of thousands of Australians defied Prime Minister Scott Morrison's call to "find a better way", and thousands more in Britain ignored the health minister's warning that the "coronavirus remains a real threat".

"We want justice! We want to breathe!" hundreds chanted in Tunis, as demonstrations convulsing US cities spilled out across the world.

United in grief
"Are you sure of your silence," asked a poster of a man laying a pink rose at a memorial set up outside the president's office in Pretoria, South Africa.

In Sydney, aborigines performed a traditional smoking ceremony at the start of a "Black Lives Matter" protest, which was sanctioned at the last minute after initially being banned on health grounds.

Many held up signs and wore face masks marked up "I can't breathe" -- the words Floyd kept repeating while handcuffed as a policeman knelt on his neck.

One placard simply read "8:46" -- the amount of time the 46-year-old was pinned to the ground by the white officer before his death.

"The fact that they have tried to push us all back and stop the protest, it makes people want to do it even more," said Jumikah Donovan, one of thousands who turned up thinking the Sydney ban was still in place.

Floyd's death came during the spread of a disease that has disproportionately affected black people and ethnic minorities in global centres such as London and New York.

It also came in the throes of a historic economic downturn that has statistically affected the poor and marginalised the most.

This confluence, and accompanying outrage at US President Donald Trump's partisan response, has refocused attention on the world's racial divides like few other events since the 1960s.

Adopting a more conciliatory tone than the one taken by Trump, the US embassy in London said it stood "united with the British public in grief".

Angry and brave
In Paris, riot police held back a crowd of several thousand who gathered outside the US embassy compound for an unsanctioned protest.

"I find it scandalous that all these injustices go unpunished," Dior, a 21-year-old Senegalese-Ivorian student, said amidst crowds holding up placards reading "Being black is not a crime" and "Our police are assassins".

The French rallies spread to smaller cities, while in Germany it included football players from Bayern Munich, who warmed up in "Red card to racism #BlackLivesMatter" shirts.

"How many more?" asked a poster held up in a crowd of thousands in Frankfurt.

In North Carolina, a long line of cars snaked its way down a highway as mourners arrived for a viewing and memorial service at a church not far from Floyd's hometown.

And tens of thousands were again expected in Washington, where Mayor Muriel Bowse renamed the area outside the White House "Black Lives Matter Plaza". 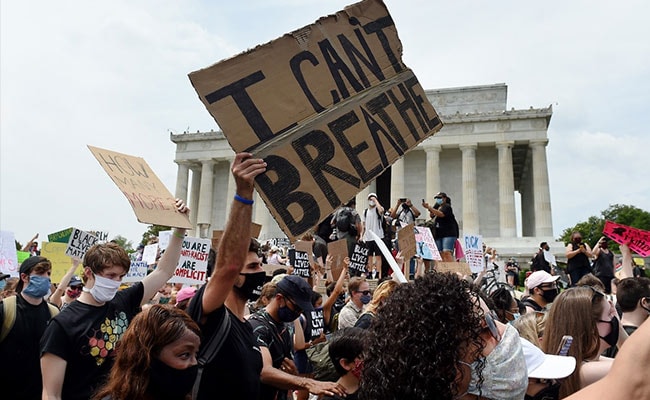 With tensions boiling over, several US police departments launched investigations into officers who were recorded hitting, pushing or baton-charging protesters and some reporters -- including foreign ones.

The protests have even resonated in war-scarred countries such as Iraq, where the "American Revolts" and the Arabic phrase for "We want to breathe, too" hashtags are spreading on social media.

"I think what the Americans are doing is brave and they should be angry, but rioting is not the solution," said Yassin Alaa, a 20-year-old camped out in Baghdad's Tahrir Square, the site of months of anti-government protests.