The US President gifted a handmade $ 6,000 bicycle while the British prime minister presented Biden with a photo of a 19th-century anti-slavery campaigner, during his first overseas trip as US president. 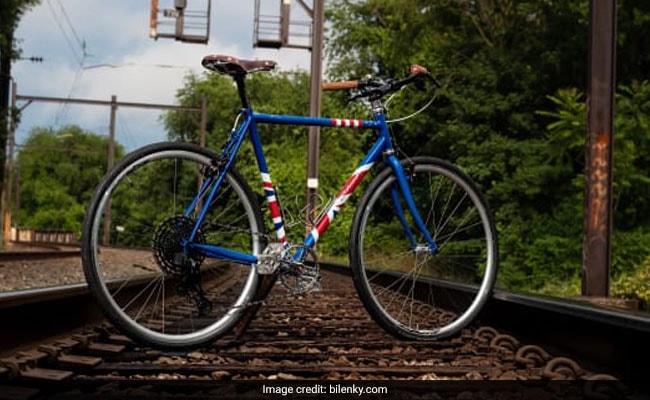 In a gesture affirming the warmth and strength of UK-US ties, President Joe Biden and Prime Minister Boris Johnson exchanged gifts amid the ongoing Group of Seven (G7) Summit in the United Kingdom.

The US President gifted a handmade $ 6,000 bicycle while the British prime minister presented Biden with a photo of a 19th-century anti-slavery campaigner, during his first overseas trip as US president.

Biden's gift to Johnson is painted blue with red and white decorations to evoke the British Union Jack and signatures of the two world leaders on the crossbar, The Philadelphia Inquirer reported. Moreover, US and British flags are present on the head tube of the bike.

As per the British media reports, Downing Street decided on the photograph after coming across it on the Wikipedia page for Douglass.

The photograph of the anti-slavery campaigner was taken by Melissa Highton -- a UK-US dual national.

Following the meeting between the two leaders, Biden thanked UK PM for hosting him, on Twitter. He said: "The special relationship between the United States and the United Kingdom is stronger than ever."

Meanwhile, Johnson also affirmed the strong US-UK ties, saying, "The future of the world's stability and prosperity lies in cooperation between the UK and the US, the closest of partners and the greatest of allies."