Donald Trump has made clear his impatience to withdraw all US forces from Afghanistan and end America's longest war. 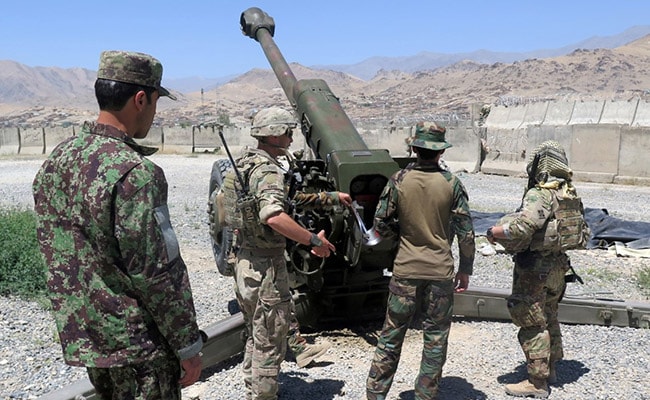 "A major troop withdrawal must be contingent on a final peace," the former envoys said.

Nine former U.S. ambassadors on Tuesday warned that Afghanistan could collapse in a "total civil war" if President Donald Trump withdraws all U.S. forces before the Kabul government and the Taliban conclude a peace settlement.

"A major troop withdrawal must be contingent on a final peace," the nine wrote on the website of the Atlantic Council, a think tank. "The initial U.S. drawdown should not go so far or so fast that the Taliban believe they can achieve military victory."

The nine, including five former ambassadors to Kabul, a former special envoy to Afghanistan and a former deputy secretary of State, issued their warning a day after U.S. chief negotiator Zalmay Khalilzad announced a draft accord with the Taliban for an initial drawdown of nearly 5,000 U.S. troops.

Khalilzad, speaking on Monday to Tolo News television in Kabul, declined to say how long the rest of the roughly 14,000 U.S. troops would stay. But U.S. officials repeatedly have said the pullout would be "conditions based."

In exchange, the Taliban would commit to preventing their decades-long ally, al Qaeda, or other extremists from using the country as a springboard for new attacks.

Trump has made clear his impatience to withdraw all U.S. forces and end America's longest war, which began with a U.S. invasion triggered by the Sept. 11, 2001, attacks that al Qaeda launched from then Taliban-ruled Afghanistan.

Khalilzad said Trump must approve the draft before it can be signed.

Khalilzad excluded Kabul from the nine rounds of U.S.-Taliban talks in Qatar. But he has said it would be part of negotiations on a political settlement with the Taliban, which has so far refused to meet directly with Afghan officials.

Maintaining a major U.S. troop presence would have "a critical influence on the chances for successful peace negotiations," the former diplomats wrote.

"It is not clear whether peace is possible. The Taliban have made no clear statements about the conditions they would accept for a peaceful settlement with their fellow Afghans, nor do they have a track record of working with other political forces," they said.

"There is an outcome far worse than the status quo, namely a return to the total civil war that consumed Afghanistan as badly as the war with the Russians and something that could follow a breakdown in negotiations if we remove too much support from the Afghan state, they wrote.

A new civil war "could prove catastrophic for U.S. national security" as it likely would see the Taliban maintain their alliance with al Qaeda and allow ISIS's growing local affiliate" to further expand, they said.

(Except for the headline, this story has not been edited by NDTV staff and is published from a syndicated feed.)
Comments
AfghanistanUS troops afghanistan