'Frost Boy' Who Stirred China Poverty Debate, Has This To Say 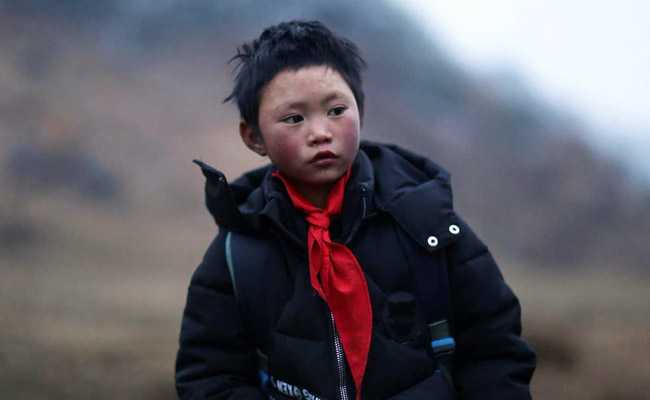 Beijing: A viral photo of a Chinese boy whose hair is encrusted with ice after his hour-long walk to school in freezing temperatures has stirred debate about the impact of poverty on children in rural regions.

According to the state-owned China News Service agency, the teacher who took the photo said it generally takes Wang more than an hour to make the 4.5 km journey from his home to the school.

The temperature was minus 9 degrees Celsius the day the photo was taken, China News Service reported.

Other photos online appeared to show Wang's chapped and swollen hands atop a near-perfect exam sheet.

Poverty alleviation has been one of Chinese President Xi Jinping's banner initiatives since taking office in 2012.

Calling for the establishment of a "moderately prosperous society," Xi has vowed to wipe out rural poverty by 2020.

Official statistics found in 2016 that around 43.3 million rural residents still lived below the country's official poverty line of 2,300 yuan ($346) a year in the country of 1.4 billion people.

The plight of "left-behind children" like Wang, whose parents work in cities while their children stay behind in the village with siblings and grandparents, has been hotly discussed in recent years.

"We still haven't done enough work to help the poor," one commenter on the Twitter-like Weibo platform said. Another user noted: "China has a lot of kids like this."

Several social media users also accused the media of exploiting "Frost Boy" and causing him to "overexert himself" by having him appear in a slew of video reports.

But the online attention has not been without reward: Beijing News announced on its Weibo account that as of Wednesday, sympathetic internet users had donated 100,000 yuan to Wang's school and another school in the area.

Each student will individually receive 500 yuan ($77).

"I want to be a police officer to fight the bad guys," Wang told The Paper, a Shanghai-based publication.

Promoted
Listen to the latest songs, only on JioSaavn.com
"The journey to school is cold, but it's not hard!"


(Except for the headline, this story has not been edited by NDTV staff and is published from a syndicated feed.)
Comments
Frost BoyChina povertyXi Jinping