From Studious Teenager to ISIS Recruiter 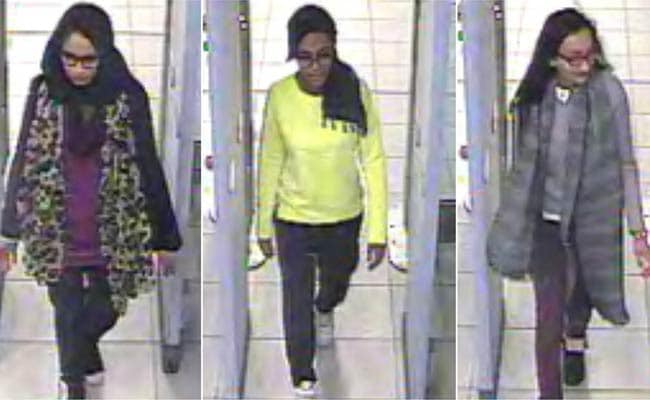 To her family, Aqsa Mahmood was an intelligent and popular teenager who helped care for her three younger siblings and her grandparents at her home in Scotland. She listened to Coldplay, read Harry Potter novels and drank Irn Bru, a Scottish soft drink.

Though she aspired to be a pharmacist or a doctor, she left home in November 2013 to go to Syria, and the authorities now say she is one of the most active recruiters of young British women to join the Islamic State.

The authorities are investigating possible links between Mahmood, who goes by the name Umm Layth (meaning Mother of the Lion), and the disappearance last week of three teenagers from London. They, too, are believed to have traveled to Syria to join the terrorist group.

A Metropolitan Police official said Monday that one of the girls, Shamima Begum, sent a Twitter message to a woman on Feb. 15, a couple of days before they left Britain, but declined to disclose her name.

Experts who track jihadi activity online, including Audrey Alexander at the International Center for the Study of Radicalization, in London, have identified that woman as Mahmood, 20, who left her home in Glasgow in November 2013.

She is now thought to live in Raqqah, Syria, the de facto capital of the Islamic State, where she married a jihadi and acts as a virtual den mother offering sometimes stern advice to her peers who would follow in her footsteps.

As the families of the three missing girls made tearful appeals for their daughters to return home, Mahmood's family also issued a statement last weekend addressed to their own daughter, whom they called a "disgrace." They said that they were "full of horror and anger" that she "may have had a role to play" in recruiting the girls for the Islamic State.

"Your actions are a perverted and evil distortion of Islam," the family said in its statement, released through their lawyer, Aamer Anwar. "You are killing your family every day with your actions, they are begging you to stop if you ever loved them."

The young women - Kadiza Sultana, 16; Begum, 15; and Amira Abase, 15 - were described by a classmate as studious, argumentative and driven, not unlike Mahmood. Sultana's Twitter feed showed that she followed many accounts of jihadi fighters.
Begum, who sent a Twitter message to Mahmood, asked her own followers before she left to "keep me in your duas," or prayers. (Their accounts were recently disabled.)

The teenagers told their families Feb. 17 that they would be out for the day, but security camera video at Gatwick Airport, near London, showed that the girls had boarded a Turkish Airways flight to Istanbul, and the Metropolitan Police in London said Tuesday that the girls had arrived in Syria.

In December, another classmate from the girls' school, Bethnal Green Academy in east London, took a Turkish Airlines flight and is thought to be in Syria. Police officers at the time questioned the three teenagers over their classmate's disappearance, a Metropolitan Police officer said.

Like them, "Aqsa was very intelligent, very liked, very bubbly, kind, caring," said Anwar, the lawyer. But the Islamic State has turned Mahmood into "a poster girl in Britain for recruitment," he said, "and she herself is a high-value recruit."

Members of Mahmood's family said they had "absolutely no inkling" of her radicalization, according to Anwar. The oldest of two sisters and a brother, she lived with her parents and grandparents in a middle-class area of Glasgow. None of the women in her family wore a head scarf, Anwar said, but one day, Mahmood began wearing a hijab and became "increasingly vocal and angry" about events in Syria.

"But you can go to any Muslim household," he added, "and you would hear similar arguments being made."

"It is those young people who are liked, who are smart, who think, who are caring, who are ripe for radicalization," he said, not the outcasts.

When they do not receive adequate answers from their families, schools or the local mosque, they often turn to the Internet, Anwar said. Last year, a pair of 17-year-old twins from Manchester who traveled to Syria attracted widespread attention because they were straight-A students who wanted careers in medicine.

The precise role Mahmood might have played in the flight of the three London teenagers is unclear, since Begum, not Mahmood, had initiated their exchange on Twitter. Their conversation quickly moved to an encrypted social media channel, which is standard practice among would-be jihadis seeking practical information on how to reach Syria.

There are about 100 British women among the 550 Western women who are thought to have joined Islamist groups in Syria and Iraq, according to the Soufan Group, a security consultancy based in New York. Female recruits are generally younger than their male counterparts, said Ross Frenett of the Institute for Strategic Dialogue, a London research organization that studies extremism.

Women who join the Islamic State try to entice other women to marry militants and help them build a new, retrograde Islamic society. Mahmood had emerged as one of the most vocal supporters of the Islamic State and one of its most established online recruiters, according to the SITE Intelligence Group, which monitors jihadis' online activity.

She has tried to incite terrorist attacks on Western countries through her Tumblr blog and multiple Twitter accounts, calling on British Muslims to follow the example of "brothers from Woolwich, Texas and Boston." But she also occasionally alludes to boredom doing housewifely duties.

She tweeted that, compared with Scotland, the winters in Syria "are too much," and advised, "Sisters please don't forget to pack thermal clothing or you'll regret it later on."

She also admonished them: "Sisters, please for the sake of Allah contact the sisters whom are online rather than approaching the brothers. Also know the fact many brothers whom you contact and chat to are married. Have some self-respect and don't be a homewrecker :)"

The families of the three missing London teenagers have criticized security services in Britain for failing to intervene to stop their daughters from fleeing to Syria, even though they were monitoring Mahmood's online activity.

Promoted
Listen to the latest songs, only on JioSaavn.com
After she left home more than a year ago, Mahmood phoned her parents from the Turkish border, telling them she would next see them on "Judgment Day" and take them to heaven, holding their hands. But British security services advised her parents to keep their daughter's disappearance "under the radar," Anwar said.

"Had the security services really been concerned about Aqsa Mahmood's welfare, they would have moved heaven and earth to get her back in November 2013," he said.
© 2015, The New York Times News Service