From An Anonymous App, A Forum For Abuse 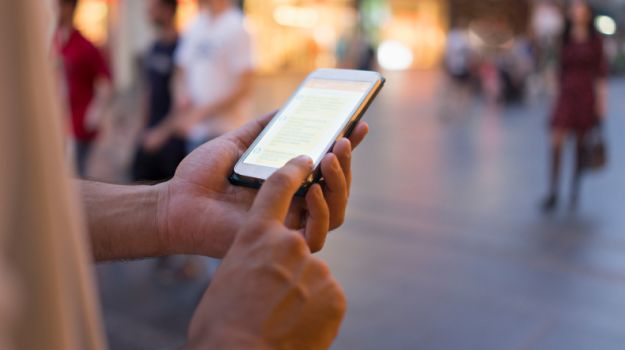 The After School app has exploded in popularity this school year and is now on more than 22,300 high school campuses, according to its creators. (Representational image)

Millions of teenagers in high schools nationwide are using a smartphone app to anonymously share their deepest anxieties, secret crushes, vulgar assessments of their classmates and even violent threats, all without adults being able to look in.

The After School app has exploded in popularity this school year and is now on more than 22,300 high school campuses, according to its creators. Because it is designed to be accessible only to teenagers, many parents and administrators have not known anything about it.

Envisioned as a safe space for high schoolers to discuss sensitive issues without having to reveal their names, After School has in some cases become a vehicle for bullying, crude observations and alleged criminal activity, all under a cloak of secrecy. Similar to Yik Yak - an open app that has become popular on college campuses - After School allows teens to post comments and images on message boards associated with individual high school campuses but carries nothing identifying the students who post there.

"At first it was people saying nice things and complimenting others, and then it turned into bullying," said Mya Bianchi, a 15-year-old who attends Ionia High School in central Michigan. Mya said a user posted her phone number along with instructions to contact her for photos, a message that was punctuated by a winking smiley face and icons of a camera and a bikini. After receiving harassing messages, she had to change her number.

Her mother, Carrie Bunting, said Mya was "freaked out" to be getting messages from unknown numbers. It also irked Bunting.
"They're underage children," Bunting said. "I don't feel like there should be something that excludes parents."

Cyberbullying has been around nearly as long as the Internet, and teens have taken conflicts and taunts to social media on platforms such as Facebook and Twitter, as well as via text messages. The real-life people behind those digital missives are usually known; on After School, users are anonymous, and some say that has enabled and even encouraged cruelty and threatening behavior.

After School limits its audience to teens by requiring users to verify that they attend high school through their Facebook pages and by creating restricted message boards for each high school campus. Parents and others who want to access the app would have to lie to do so, saying on Facebook that they attend the high school. Even then, parents could be stopped by an algorithm that aims to block people from posing as high school students.

The app's creators declined to say exactly how many students use After School, but they indicated that there are somewhere between 2 million and 10 million users. There are approximately 55 million K-12 students in U.S. public and private schools nationwide, with about 15 million in public school grades 9 through 12, according to the Education Department.

The app is extremely popular at high school campuses across the Washington area; at the private Sidwell Friends School in the District of Columbia, which President Obama's children attend, 119 students were signed up as of Friday. Robinson Secondary School in Fairfax, Va., had 700 students who use the app; at Walter Johnson High in Bethesda, Maryland, 245 students are on it.

Cory Levy, 24, one of the app's founders, said After School gives teens a chance to "express themselves without worrying about any backlash or any repercussions." He said the app is a new way for teens to ask difficult, uncomfortable questions anonymously and to more directly address issues such as depression, how to come out as gay to one's parents or how to navigate the daily challenges of teen life.

Levy said the product creates a much-needed alternative to Facebook and Instagram, where teens have grown up carefully curating digital identities that might not reflect their true struggles and anxieties. After School allows them to be themselves without worrying so much about what other people will think, he said.


"There's a need for people to be able to communicate in a place where they wouldn't be judged, where they could speak freely," said Michael Callahan, 32, who created the app with Levy. He sees it has having "therapeutic" potential.

Students say that most comments are benign, and Callahan said problematic posts are a tiny sample of the millions of messages that appear on the app's boards.

But there have been complaints about cyberbullying and anonymous threats on the app since shortly after it first appeared in November 2014. A month after its debut, a 17-year-old at Brandon High School in Ortonville, Mich., threatened an attack in a series of After School posts, including one that read, "Id rather take my AR 15 to school and practice on my classmates than to the gun range," said his attorney, Deanna Kelley. He pleaded guilty to making a terrorist threat and using a computer in a crime and was sentenced to 90 days in jail. Kelley said the teenager made the threats because he was upset about bullying on the app, which included racial slurs.

Students started online petitions asking Apple to remove After School from its App Store, with one saying: "with the shield of anonymity, users have zero accountability for their posts, and can openly spread rumors, call classmates hurtful names, send threats, or even tell someone to kill themselves - and all of these things are happening."

Apple pulled the app from its store that same month, and a new version was released in April, promoting a long list of enhanced safety features, including a fast-response system that contacts authorities if a threat is detected.

While After School has no information on the identity of users, it does keep cellphone data that can help police trace a post to a particular device. The app is now equipped with a warning system so that a teen who posts a worrisome message about being depressed or distraught will be sent a message asking if they would like to text with a counselor. More than 50,000 users have had text conversations with trained crisis counselors, according to the app's creators.

"We wanted the users to feel very safe on After School," Levy said. "We want them to feel like if there's something that they're curious about but they don't want their identity associated with, they can ask it."

Levy said that an algorithm automatically blocks posts with certain verbiage - like those that urge other students to harm themselves.

And he said other posts are reviewed by dozens of moderators who screen for cyberbullying and harassment around the clock; users also can report individual posts to have them removed. Callahan said the bar is very low for what is banned: Even a comment such as "Michael is a slow runner" would be blocked. If they are aware their child is using the app, parents can now set filters to block certain content.

Recent posts to the app indicate that some inappropriate messages still get through, and students at several high schools said that bullying and harassment are frequent. Students - who shared screen shots from the app with The Washington Post - said they have seen taunts against others for being gay, people's bodies being scrutinized, boys declaring which sex acts they would like to perform on specific girls.

One anonymous poster at Florida's Yulee High School called a student out by name and then wrote: "I'd like to corrupt her."
"I just think it's kind of insulting, and they don't respect people like they should," said a 15-year-old girl who attends Yulee.

Last month, a user posted a photo of a gun on After School with an accompanying threat about something "going down" at Robert E. Lee High in Springfield, Virginia, leading to a police investigation. Lucy Caldwell, a Fairfax County police spokeswoman, said a student saw the post and reported it to school authorities, who notified police. Investigators never determined who posted the threat.

"Unfortunately, these kinds of apps are often used to create fear and disruption," Deirdre Lavery, principal of Lee High, wrote in a note home to parents. "We thank you for working with us to discourage our students from using these apps to cause concern for our students and our families."

Police in Warren, Massachusetts, on Monday charged an 18-year-old senior with making a threat via After School, saying the teenager admitted to posting a message that read: "For all those who enjoy living . . . don't go to school tomorrow ;)," according to Officer Jeffrey Von Dauber.

Quaboag Regional Middle High School was then put on high alert, and just about 20 percent of the school's students showed up for class the next day as police worked closely with After School to trace the threat to the student using cellphone data, police said.

Nicole Deaton is a senior at Brandon High School in Michigan, where memories of the day when students were too scared to show up at school because of the threat posted by their classmate are still fresh. Deaton said the app remains popular - more than 725 students at her school are signed up - and many of the posts reflect tortured teenage romantics and secret admirers.
"Most of it is not bad at all," Deaton said.

Levy and Callahan said that the rare threats they have seen are against the terms of their app's user agreement, meaning that anyone posting a threat on After School is violating those rules and possibly committing a crime. They said they are dedicated to school safety and see their app as a venue for important discussion; they have helped authorities when posts have crossed the line, using cellphone data to track users in cases of alleged crimes.

"We all need to work together to end school violence," Callahan said. "We are all on the same team, the parents, the school and us.We are all trying to make positive impacts on the lives of teens."

Mark Sale, principal at Swain County High School in rural North Carolina, said After School arrived on his campus sometime last month, and administrators immediately scheduled an assembly to warn students of its potential dangers. His hands already are tied when it comes to social media, because he can only discipline a student for conduct online while at school or in a school activity.

After School poses a new challenge because Sale doesn't know which student is saying what.

Just last week, an anonymous poster made cruel remarks about a student's appearance, prompting a call from the girl's distraught mother. Sale wants to protect his students, but he said he can't track the app's use, can't stop students from using it and said he has one perplexing question: "What can I do about this?"