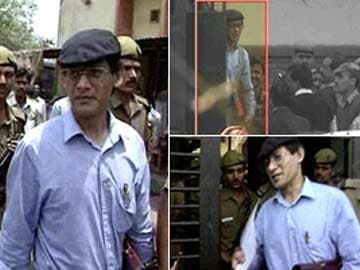 Sobhraj, a French citizen of Vietnamese and Indian parentage -- nicknamed the "bikini killer" -- is already serving a life sentence in Nepal for the murder of US tourist Connie Joe Bronzich on Kathmandu's outskirts in 1975.

The bodies of Bronzich and her friend Carriere, both repeatedly stabbed and burnt beyond recognition, were found a few days apart in two different areas of Kathmandu.

"The judge issued a guilty verdict on Wednesday evening and sentenced Charles Sobhraj to a lifetime imprisonment on the charge of murdering Laurent Carriere," Khadga Raj Adhikari, registrar at Bhaktapur District Court, located in a city near Kathmandu.

Sobhraj, who has been linked to a string of backpacker deaths in Asia in the 1970s, has always maintained his innocence, saying he had never visited Nepal before being arrested at a Kathmandu casino in 2003.

Sobhraj had already served a 21-year sentence in India for culpable homicide before his arrest in Nepal, but was never convicted of murder until 2004 and his perceived ability to evade justice earned him worldwide notoriety.

Promoted
Listen to the latest songs, only on JioSaavn.com
He has escaped from jails in Greece, Afghanistan and India, where he drugged guards with sedative-laced sweets and walked out of a New Delhi prison.

His talent for disguise, evading justice and breaking out of prisons on two continents earned him another sobriquet -- "The Serpent".
Comments
NepalKathmanduofficialUnited States