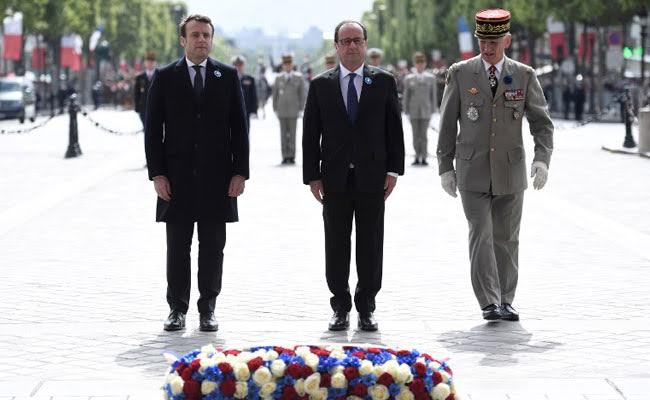 Hollande smiled and clasped the arms of his one-time economy minister as the two men attended a ceremony at Paris's Arc de Triomphe to commemorate victory over the Nazis in World War II.

The president walked beside the 39-year-old Macron to the Tomb of the Unknown Soldier at the monument, where they laid a wreath.

Hollande plucked Macron from obscurity three years ago when he named the former investment banker his economy minister, marking the start of his meteoric rise to Sunday's electoral victory over far-right leader Marine Le Pen.

Promoted
Listen to the latest songs, only on JioSaavn.com
Final results from the interior ministry out Monday showed Macron -- who will be France's youngest ever president -- won 66.1 percent of the vote against 33.9 percent for Le Pen.