France Doubts UK Would Develop Own Satnav Rival To Galileo

A row over Galileo, a rival of the US-owned GPS, became a flashpoint in Brexit talks after London accused the EU of shutting British companies out of the project. 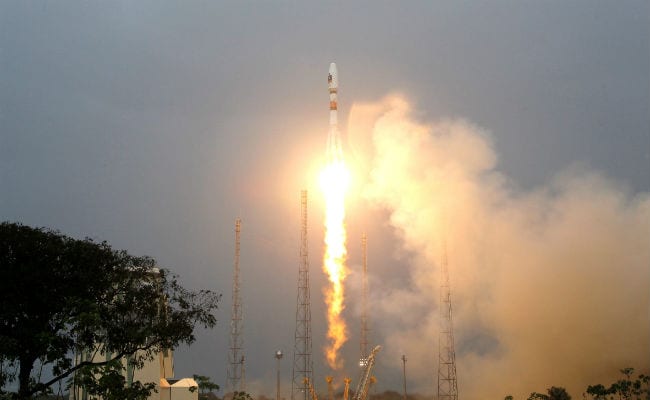 Galileo was commissioned in 2003 and is due for completion by 2020. (Reuters)

Paris: France does not think Britain will launch a rival to the European Union's Galileo satellite navigation system, according to minutes from a meeting between a cabinet minister and lawmakers.

A row over Galileo, a rival of the US-owned GPS, became a flashpoint in Brexit talks after London accused the EU of shutting British companies out of the project.

"Some surprising announcements or positions were recently made public about Galileo," Delphine Geny-Stephann, a junior economy minister, told French lawmakers in the May 17 hearing on Brexit, the minutes of which were made public on Monday.

"Considering the cost of the programme and the investment that would represent, about 10 billion euros, we find it hard to imagine they could go it alone," she said.

"Good luck with that," one lawmaker, Jean-Louis Bourlanges, replied, according to the minutes.

Galileo was commissioned in 2003 and is due for completion by 2020. One expert said last month that any rival system could cost about 3 billion pounds ($4 billion).

Geny-Stephann was asked about London's threats to withdraw its authorisations to British companies working on Galileo.

"I see in that, more than anything else, a negotiation argument aimed at opening talks," she said, according to the minutes.

The UK space agency, on behalf of the business minister Greg Clark, wrote to British companies asking them to consult the government before agreeing any new contracts to work on the project, in a move aimed at stopping the transfer of technology to EU companies.

Responding to the French minister's comments on Monday, a UK Space Agency spokesman said if no agreement could be reached on Galileo, the UK would need to consider alternatives to meet its needs.

"The development of a domestic system is economically viable and made possible by the world-leading expertise of the UK space sector," the spokesman said.

Promoted
Listen to the latest songs, only on JioSaavn.com
Britain told the EU last month that it would demand the repayment of up to 1 billion pounds if the bloc restricts its access to Galileo.
© Thomson Reuters 2018

(This story has not been edited by NDTV staff and is auto-generated from a syndicated feed.)
Comments
galileo satelliteGalileo SatnavFrance