Set up for the main-stage was brought to a standstill until organizers receive word from the authorities about what to do about the bird and its eggs. 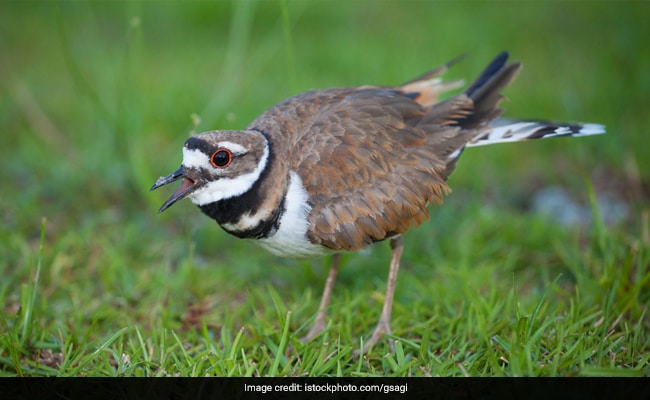 Canada's conservation law says that the nest cannot be moved without permission. (Representational)

Every summer, several hundred thousand music fans descend upon Canada's capital city of Ottawa to attend one of the country's largest music festivals. This year, preparations for the RBC Bluesfest seemed to be going smoothly. An all-star lineup featuring headliners such as the Foo Fighters and Shawn Mendes was secured, and tickets had been on sale since mid-February.

But Friday, less than two weeks before the popular festival is scheduled to begin, organizers stumbled upon a problem that could derail all their carefully laid plans.

Nestled in a patch of cobblestone right where a main stage is set to be built are four small speckled bird eggs. Guarding them is one very protective mother killdeer.

Nate Graves, head of the crew preparing to construct the stage, told Canadian Broadcasting Corp he was walking on the cobblestones when he saw the bird flapping its wings at him.

"So I backed away and then it ran off and pretended it had a broken wing," Graves said. "I've seen that before. I knew it was protecting a nest."

On average, an adult killdeer, a nondescript brown and white bird with spindly legs and a distinct high-pitched call, ranges in length from about 8 to 11 inches and weighs anywhere between 2.6 to 4.5 ounces, according to the Cornell Lab of Ornithology. Its eggs are even tinier, measuring only 1.5 inches long.

In contrast, the Bluesfest boasts an average annual attendance of more than 300,000 people. The 10-day music festival set to begin July 5 is expected to contribute about $31 million to the local economy.

How did a diminutive bird and its four eggs halt the progress of such a large-scale event?

The killdeer, while considered "widespread and abundant," is nevertheless protected by Canada's Migratory Birds Convention Act, which means their nests can't be moved without federal permission, according to Canadian Broadcasting Corp.

As of Monday, the killdeer and her eggs were still undisturbed. Yellow caution tape cordoned off the area, keeping intrusive humans at bay. As an added layer of security, a 24-hour hired guard kept a watchful eye on the nest.

"This is one of the most challenging problems we've been presented with, but we feel we can work through this," the festival's executive director Mark Monahan told reporters Monday morning.

Set up for the main stage will remain at a standstill until organizers receive word from state agencies, including Environment and Climate Change Canada and the National Capital Commission about what to do with the bird and its eggs, the Ottawa Citizen reported.

If the issue isn't resolved within the next 24 hours, Monahan said the festival may be faced with "some delays that could start to snowball."

It is unclear when the killdeer laid its eggs, but they usually have an incubation period of 24 to 28 days, according to the National Audubon Society.

"Most of the people we're working with . . . are looking for a positive solution," Monahan said. "There is no one saying that the festival can't go on."

Monahan said possibilities include moving the nest or gathering the eggs and having experts at a wildlife care center incubate them until they hatch.

"We're trying to come up with a solution that's best obviously for the eggs and the bird and also hopefully that wouldn't hamper our ability to set up and eventually put on the festival," he said.

"Many birds will abandon a nest that's moved," Runtz told Canadian Broadcasting Corp., noting that if the eggs are relocated more than a meter away, he doubted that parents would still accept them as their own.

"Unless the eggs hatch before Bluesfest gets set up, those eggs will be in trouble," he said.

Reactions to the situation, since dubbed by Canadian media as "Bluesnest," flooded social media over the weekend.

Here's what some people had to say:

"Bluesfest stage construction being delayed because of a bird nesting is peak Ottawa," one Twitter user wrote.

Another said the hired security guard is "my favourite Most Ottawa Thing ever."

The nesting killdeer has also sparked a debate, dividing people into two groups: supporters eager to see the bird successfully hatch its young and those who are less amused that a small creature is causing so much trouble.

While the pro-killdeer camp resorted to tweeting photos of hatchlings, others declared the bird as one of "the most entitled annoying birds on earth."

Monahan continued to offer assurances Monday that the show would go on.

"We have no indication right now that this bird will disrupt the actual event taking place," he said.