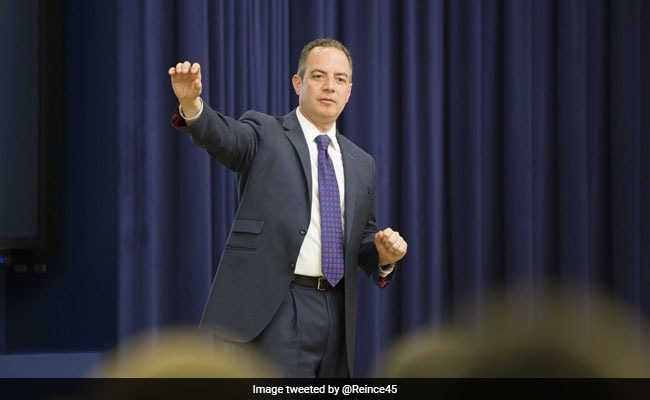 Washington: Former White House chief of staff Reince Priebus submitted to questioning Friday by investigators looking into Russian meddling in the US presidential campaign and possible collusion by associates of President Donald Trump, US media reported.

"He was happy to answer all of their questions," Mr Burck said.

Mr Priebus himself did not comment but Politico said he had been preparing for several weeks for the interview.

President Trump has not been accused of any wrongdoing, but Mueller's team has shown interest in the president's firing of former FBI director James Comey over his Russia probe, according to the reports.

Other areas of interest are reportedly President Trump's eldest son's meeting with a Kremlin-linked lawyer during the campaign and Trump's meetings at the White House with Russian officials.

Mr Priebus participated in meetings where Mr Comey's firing was discussed, and played a key role in the White House as well as during the campaign as head of the Republican National Committee.

(This story has not been edited by NDTV staff and is auto-generated from a syndicated feed.)
Comments
Reince PriebusFormer White House Chief of staffRussian meddling in US presidential campaign