Malcolm Turnbull last week said he would resign from parliament after he was ousted from office in a bitter party-room contest. 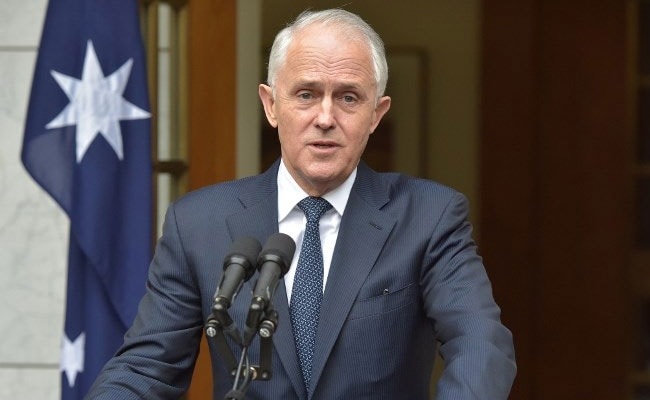 Australia's former prime minister Malcolm Turnbull on Friday resigned from parliament, a source familiar with the matter said, stripping the government of its one-seat parliamentary majority.

Turnbull last week said he would resign from parliament after he was ousted from office in a bitter party-room contest which ushered in the country's sixth leader in the last decade.

"The speaker of the house of parliament received a resignation letter from Malcolm Turnbull this afternoon," said a source familiar with the matter. The source declined to be named as she is not authorised to talk to the media.

Until a by-election can be contested, Australia's new Prime Minister Scott Morrison is left relying on the support of independent lawmakers to pass legislation, inhibiting the government's agenda just eight months out from an election.

Besides no longer having a majority in the lower house of parliament, the government does not control the upper house Senate.

According to the latest opinion polls Australia's ruling Liberal-National coalition will struggle to be re-elected in a poll due by May 2019.

After a tumultuous Liberal party leadership battle last week, the two-party-preferred vote between the opposition Labor party and the coalition blew out 56-44 in favour of Labor, which would translate into a heavy election defeat.

Parliament is currently in recess, resuming on September 10.

A by-election is unlikely to held until the end of September at the earliest, leaving Morrison without a majority for at least the next two-week sitting of parliament.

Morrison paid tribute to his predecessor while in Jakarta for talks with his Indonesian counterpart on a free trade deal that could be signed later this year.

"I just want to send to my friend Malcolm, and to Lucy (his wife), and to their entire family all my best wishes and all my love," Morrison told reporters.

"You've served our country well, and on behalf of our country as prime minister, I just want to say thanks."

"If You Touch Us...": Students Protest Campus Lockdown In China Over Covid