Forgiven By Her Native Chechnya, A Woman Is Returned From ISIS

Last November, the 36-year-old was pregnant, when she and her chldren were packed onto a plane and sent from Syria to Grozny. 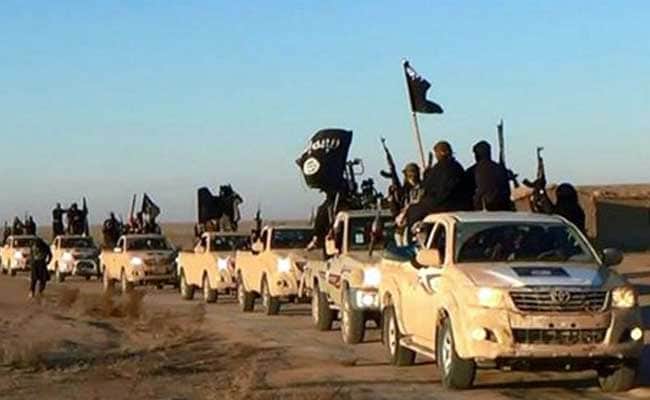 Madina is a mother of seven who married an ISIS fighter and was captured in Syria. (Representational)

She's a mother of seven who married an Islamic State fighter and was captured in Syria, but Madina was lucky. She is a Chechen, and that means she got to come home.

Last November, the 36-year-old was pregnant, her small children jumpy at the slightest noise, when they were packed onto a plane and sent from Syria to Grozny, the capital of Russia's mainly Muslim republic of Chechnya.

Taking the family out of Syria was an act of clemency on the part of Chechen authorities, who say it is their duty to bring back the women and children stranded in Islamic State territory after their insurgent husbands or fathers have been imprisoned or died.

"The Chechen government says if we take back the women and children, and give them the best things, treat them the best way we can, we can try to let them forget who they used to be in Syria," said Madina, who agreed to speak on the condition that her family name not be disclosed. "And this is the best method, in my eyes."

Short and intense, Madina had framed her small face with a thick black covering, a khimar, that stretches over her elbows and below the waist, like a cape. Not a whisp of hair could be seen. She spoke solemnly yet without remorse, relaying her life story as a series of unforeseen events connected to each other by sheer circumstance.

Madina's geographical footprint and life trajectory seem to reflect the international reach and allure of the Islamic State. She left a war-wrecked Grozny in the late 1990s, settling in the Netherlands, where she met, married and divorced two men. Her third husband, with whom she traveled to Syria, is from Tunisia, which has sent more Islamist fighters abroad than any other country. Russia has provided the second-largest contingent, at 5,000, according to President Vladimir Putin.

Following the men from around the world were their wives. It is estimated that hundreds, if not thousands, of Russian-speaking women accompanied men to the caliphate.

A month before she was returned to Chechnya, Madina and her family were captured in a raid by the American-backed Syrian Democratic Forces. Her husband is in prison in Syria, and the two do not speak. He doesn't know that she gave birth, in Chechnya, to his third, and her seventh, child.

The family was held in a camp in Qamishli, near the border with Turkey, with women from Russia, Central Asia and elsewhere. Madina said she was regularly beaten and denied the toilet, and her children were starved.

The Kurdish women guarding them had taunted the prisoners, telling them they would be sold to Iraqi Shias. "They will rape you, and take your children away," Madina recalled them saying. So when Madina was blindfolded and led to a car, she was sure they were heading to their enslavement.

Instead, they were met by Chechen officials at an airport.

Kheda Saratova, one of those overseeing the repatriation program, corroborated Madina's account. She said Madina and her children were flown back from the Hmeimim air base, which Russia operates.

In Grozny, they live in a temporary refuge given to her by the government, a Soviet-era apartment on the outskirts of the capital, one of the few buildings to have survived the city's flattening during its two doomed wars for independence from Russia.

Last year, 13 women of Chechen origin and their 35 children, including Madina and her family, were taken back to Chechnya, Saratova said.

"The men go off to fight in ISIS, but the women and children were not involved in this," Saratova said. "They made a mistake by following these men to Syria, and they know that."

Ramzan Kadyrov, the strongman leader of the tiny republic in Russia's North Caucasus, uses Islam to further his own interests, from rebuilding mosques in Syria to aggressively stamping out Islamist militancy at home. This is key to currying favor with the Kremlin, on which he relies for money and a large degree of autonomy. Rehabilitating Chechen wives who went astray in the clutch of the Islamic State sends a signal, analysts say, that alternatives to extremism exist. And Madina said she's grateful for that.

Compared with similar repatriation programs in France or the United Kingdom, Chechnya's is by far the most lenient, so much so that other regions in Russia refuse to follow suit, instead bringing women to trial and placing the children in foster homes.

When Madina fled Chechnya in 1999, as Russian troops entered the breakaway republic, she headed with her sisters and mother to Maastricht, a hilly town in the southern tip of the Netherlands.

In Maastricht, Madina studied psychology and married a Dutchman, a non-Muslim. When that relationship soured, she moved back in with her mother and started working odd restaurant jobs. For a brief moment, her eyes clouded over with memory as she joked about Maastricht's riverside barges selling cannabis, before her glance turned steely.

"I have no interest in seeing that country again," she said, abruptly.

Madina married two more times, and has seven children, ranging from six months to 12 years old. As she reeled off their ages, the children who are with her, including two from her first marriage, timorously came into the living room, where they gathered by her feet, hidden under the folds of a floor-length gray skirt. Madina effortlessly slipped in and out of four languages with them: Dutch, Arabic, Russian and Chechen.

Her second husband was a Russian Muslim, her third is the Tunisian. She pointed to her three smallest boys, his children. "See, they look Arab, don't they?" she said saucily.

She met him in Turkey in 2014, and they left for Syria a year later.

They lived all over Islamic State territory together, from Raqqa in the north to Deir ez-Zor in the south. Most of the family's time was spent in Tabqa, a city on the Euphrates River.

During the heaviest battles between the Islamic State and the American-led coalition, in the second half of 2016, an explosion ripped through the side of their house in Tabqa.

"My children were sleeping on the mattress, so they were okay," she said. But still, her two little Syrian-born boys, Abdullah and Isaaq, are often on edge.

"If he hears loud noises," she said of 2-year-old Abdullah, who was sitting on the floor trying to navigate a fidget spinner, "he is searching, looking, all around him. When he hears fireworks, he starts to cry and cry, and I cannot stop him."

A tiny scrap of a boy with eyes like chestnuts, Abdullah is still sickly from their time in prison. When he arrived in Chechnya, he weighed barely 11 pounds.

Madina wouldn't say she misses Syria, as there wasn't much she could actually see. "We women, we were just sitting at home making children, taking care of the house and the husband," she recalled. But she often wonders about the fate of her friends there, a group of women from Trinidad and Tobago, with whom she shared a great deal of laughter-filled gossip.

Memory of their spell in the Islamic State returns each morning by way of a green tub of halva. The treat is the family's one keepsake from Syria, and they take turns scraping out a thin shaving to savor.

When Madina talked about how she got to Turkey, and why she took her two oldest children with her, while leaving her middle children behind in the Netherlands with her mother, she declined to get into the details. The Dutch government is treating Madina as a terror suspect. She has been accused in the Dutch press of kidnapping the two Dutch-born children who are with her.

"I can never enter Holland again, I am not welcome there," she said.

Madina said she went to Turkey for eye surgery. She insisted her Tunisian husband was not a fighter, and that the pair had been duped by Islamic State recruiters who promised them a better way of life.

"That was my mistake. I took my children to Syria," she said.

Being back in the city she grew up in can be disorienting. Where before there were "just stones," now there are immaculately kept gardens and polished avenues. Madina said she cannot recognize anything in rebuilt Grozny, whose skyline is punctuated by glistening skyscrapers. But there is one constant.