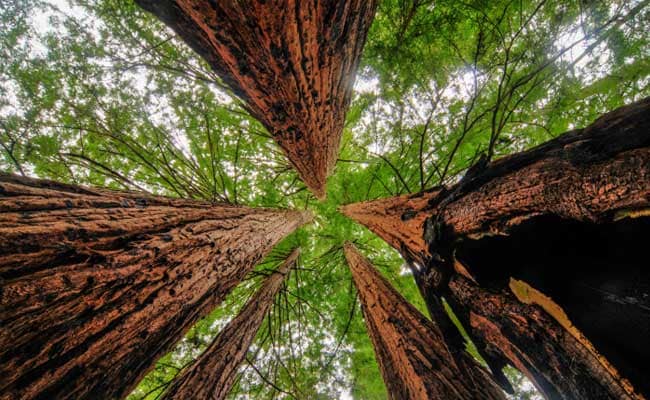 Bonn: Negotiators reached a surprise resolution to thorny issues relating to forest protection at UN climate talks on Tuesday, increasing the odds it will be included in a new global climate deal due to be agreed in Paris in December, experts said.

Forest researchers said they had not expected progress in Bonn on tough questions surrounding the Reducing Emissions from Deforestation and Forest Degradation (REDD+) scheme.

One of the issues was how projects to protect forests can show they are respecting the rights of indigenous people and other forest communities, and producing benefits for them.

There have been examples, from Panama to Kenya, where local people have opposed forest carbon projects that failed to consult them, displaced them from their lands, or have not provided a fair share of revenues.

In Bonn, Brazil - which had previously held back discussions on so-called "safeguards" - supported a quick resolution as negotiators did not want the issue to drag on into Paris and beyond, said Rosalind Reeve of the Ateneo School of Government in Manila.

Developed countries also backed a compromise because they wanted to see a complete package on REDD+ in place before Paris.

By finalising the scheme now, "it is easier then to embed it into the (new climate) agreement", Reeve said.

While the details of the REDD+ mechanism are fixed on paper, the Paris deal must make sure it works on the ground, said Gustavo Silva-Chvez of Forest Trends, a group that supports putting a value on ecosystems.

"REDD+ must be able to generate significant amounts of finance to (forest-rich) countries, do so with environmental integrity, and contribute to reducing global greenhouse gas emissions as rapidly as possible," he said.

The decisions on REDD+, which still need to be approved at the U.N. climate conference in Paris, cover the transparency and quality of information countries must report on how they are implementing "safeguards" for indigenous rights and biodiversity in their forest protection programmes.

They also cover ways of defining benefits from preventing deforestation other than the amount of carbon emissions avoided. And they provide guidance on planning and funding approaches focused on how protecting forests can help communities adapt to climate shifts, as well as storing carbon.

These decisions were important for REDD+ schemes to be able to gain financial support from sources such as a World Bank-led forest carbon fund and the fledgling Green Climate Fund, said Niranjali Amerasinghe of the Washington-based Center for International Environmental Law (CIEL).

The guidance should also help countries with forests that are not rich in carbon access financial support for their protection schemes, she added.

But experts criticised the substance of the Bonn decisions as being "minimalist" on safeguards for rights, governance and the environment, and failing to guarantee the participation of forest peoples.

Sebastin Crdenas Medina of Ecuador's Centre for Planning and Social Science (CEPLAES) warned it was unclear who would be involved in drawing up the safeguards report on REDD+ projects in his country.

"There is no mechanism for participation (of local people), so for us it is a big risk," he told the Thomson Reuters Foundation.

Brazil, so far the only country to have provided a summary of how it is implementing safeguards, has been criticised for not providing enough information.

Reeve said it was up to civil society groups to make sure that governments with REDD+ programmes were fulfilling their obligations.

She welcomed the wording in the Bonn decision encouraging developing countries to improve the information they publish using a "stepwise" approach.

"There are a number of ways in which we can cleverly use the (new) guidance to critique and push for more," she said.

CIEL's Amerasinghe said activists would now have an international legal basis to ask for more information rather than it simply being something countries ought to provide.