For Elon Musk's Plan To Check Press Credibility, A Flood Of Support

Elon Musk made his proposals in a tweet linking to posts on auto blogging site Electrek that criticized recent coverage of crashes of Tesla cars and pricing. 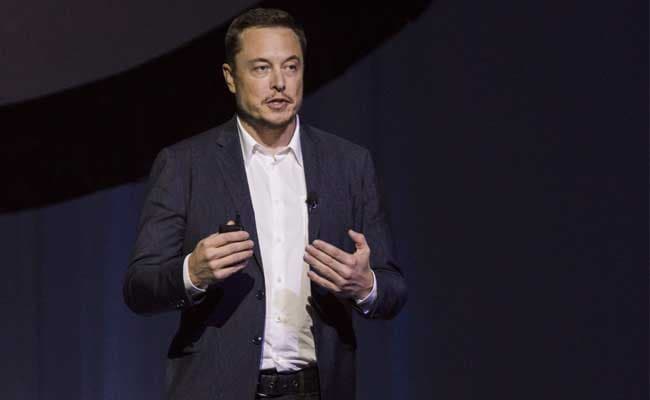 Tesla Inc Chief Executive Elon Musk gained the support on Thursday of more than half a million people on Twitter for plans to create a website evaluating journalists' credibility, spurred by his frustration at media reports about the electric car maker.

Musk made his proposals in a tweet linking to posts on auto blogging site Electrek that criticized recent coverage of crashes of Tesla cars and pricing.

"The holier-than-thou hypocrisy of big media companies who lay claim to the truth, but publish only enough to sugarcoat the lie, is why the public no longer respects them," Musk wrote.

"Going to create a site where the public can rate the core truth of any article & track the credibility score over time of each journalist, editor & publication. Thinking of calling it Pravda ...," he tweeted.

He followed that up with a series of tweets arguing that "sanctimonious" journalists were driven by constant pressure to generate clicks and earn advertising.

An associate of Musk's registered Pravda Corp with the state of California in October, according to public records. The president of that company is also listed as the president of another company of Musk's, Neuralink, which is working to link human brains with computers. After a reporter posted the paperwork on Wednesday, Musk responded with a smiley face emoji.

"The point of such a site would be to help restore the credibility of the media. They don't realize how little credibility they actually have with the public," he added.

Tesla has been fighting negative press for several months over production bottlenecks for its Model 3 sedan, crashes involving its cars and doubts raised by Wall Street over its cash position.

Earlier this week, a review by the influential magazine Consumer Reports said its Model 3 sedan, despite many positives, had "big flaws," including braking slower than a full-sized pickup truck. Musk has promised a fix in the next few days.

The billionaire businessman, who also runs rocket company SpaceX and underground transit venture Boring Company, uses Twitter to give commentary about various issues and gets thousands of likes and comments on his posts.

He has 21.8 million followers on the microblogging site.

Promoted
Listen to the latest songs, only on JioSaavn.com
"Thought you'd say that. Anytime anyone criticizes the media, the media shrieks 'You're just like Trump!' Why do you think he got elected in the first place? Because no ones (sic)believes you any more. You lost your credibility a long time ago," Musk responded in a tweet.
© Thomson Reuters 2018