Max Bennett Chambers, a 19-year-old mechanical engineering major, was arrested Tuesday and charged with two felonies linked to possessing what an affidavit called a machine gun and bump stock. 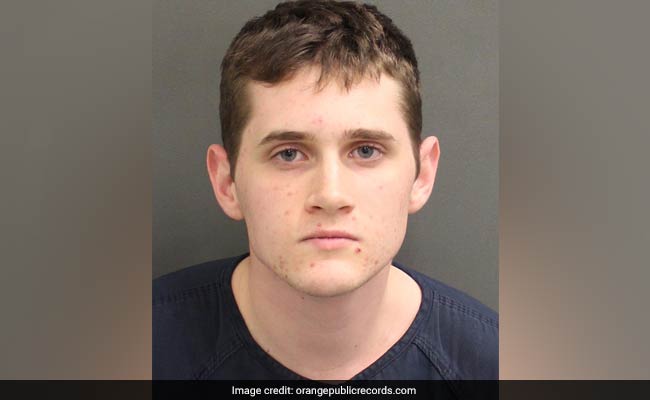 A University of Central Florida sophomore was arrested after police found an automatic weapon in his car on campus, according to university officials.

Max Bennett Chambers, a 19-year-old mechanical engineering major, was arrested Tuesday and charged with two felonies linked to possessing what an affidavit called a machine gun and bump stock. Police have banned him from campus.

An anonymous tip warned that a student may have made devices that turn a semiautomatic weapon into an automatic weapon, increasing the rate of fire, according to the UCF Police Department. Such devices are illegal in Florida.

Police found a modified AR-15 in Chambers' car, with a box of ammunition near it. They also discovered two completed devices for altering semiautomatic weapons and another under construction in his room in campus housing. They found knives, which are legal but a violation of the university's housing policy. They found several additional, legally owned guns in his car.

"At no time was there an expressed threat to the university community. However, any violation of state law and university policies related to firearms is concerning in this day and age," UCF Police Chief Carl Metzger said in a statement Wednesday. "We're grateful for the anonymous reporting and our partnership with the Bureau of Alcohol, Tobacco, Firearms and Explosives, both of which enabled us to take swift action and get these illegal devices off our campus."

The UCF Police Department had spoken with Chambers last spring, after receiving a report of a weapons-policy violation in campus housing and discovering part of a gun, which was legal but not allowed under university policy. At that time, officers explained state law and university rules about firearms, according to school officials.

UCF, in accordance with state law, allows adults to have lawfully concealed weapons in a car as long as they are not readily accessible. It does not allow weapons to be kept on university property, including dorms.

Chambers and a woman listed as next of kin on an affidavit could not be reached for comment Wednesday.

(Except for the headline, this story has not been edited by NDTV staff and is published from a syndicated feed.)
Comments
University of Central Florida (UCF)Max Bennett ChambersAR-15 assault rifles