The monitor lizard disrupted a large water pump leaving it unable to pump flood water away during the heavy rains. 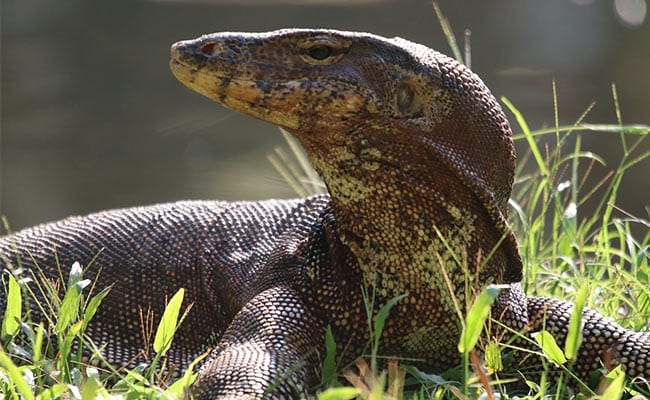 A stray monitor lizard has been blamed for causing widespread flooding in a district in Bangkok, Thailand. The district Bang Khen was also recently hit with heavy downpours. The monitor lizard disrupted a large water pump leaving it unable to pump flood water away during the heavy rains. A repair team was sent and found the monitor lizard stuck in one of the water pumps which halted its operations.

Bangkok has a vast and extensive drainage system which involves a water pump network. These water pumps usually have wire meshes to prevent these reptiles from entering, but smaller members of the species are able to get through.

Speaking to the Bangkok Post Rujira Mahaprom, a specialist at Save Wildlife Thailand, said “monitor lizards can often be found around water. One may have entered the pump looking for a place or hide. The animals find easy passage in Bangkok's extensive water-drainage network.”

Water levels had risen quite dramatically in the district as traffic built up due to flooding.

According to Thai PBS World the Prime Minister Prayut Chan-o-cha himself inspected the drainage system in the district of Bang Khen and instructed government officials to make sure that the pumps were in working condition and operational around the clock.

Monitor lizards are extremely common in Thailand with a video going viral a couple of months ago of an unnamed woman standing on her chair and screaming after spotting the reptile on the ground.