"Flight From Hell": 146 Scrambled Onto Wing As Smoke Billowed Into Cabin

A smoke was created from hydraulic oil dripping onto an auxiliary power unit activated after the aircraft landed. 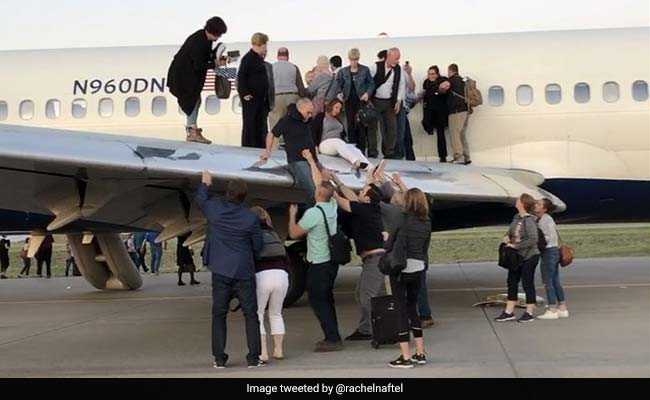 The billowing smoke forced passengers out on the wings.

It was a flight from Detroit.

But as one passenger said after the plane finally landed in Denver, smoke billowing through vents in the cabin while the aircraft was taxiing, it was more like a "flight from hell."

Delta Air Lines Flight 1854, which was delayed by three hours, arrived safely Tuesday night, the company said. It said there were "no flames" during the incident, which led to 146 passengers scrambling onto the wing and evacuating from the plane on inflatable slides.

The smoke was created from hydraulic oil dripping onto an auxiliary power unit activated after the aircraft landed. The unit then pushed the smoke into the cabin, Delta spokesman Anthony Black told The Washington Post on Wednesday.

There were a "handful" of minor injuries, including smoke inhalation and sprains, Black said. Those passengers have been treated and released. Emergency personnel were dispatched to meet the passengers, he said. 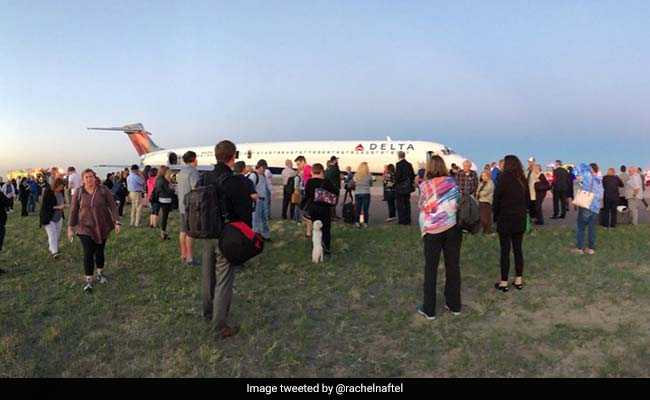 "Once the crew determined that emergency evacuation was necessary, they quickly and professionally directed passengers off the aircraft through the various exits onboard," Black said.

Passenger photos and accounts portray a more chaotic scene, including criticism of how the Delta crew handled the incident, which one woman said left "everybody dizzy."

"Disappointed in the leadership during the emergency. No direction from delta. Thank goodness for the passengers who take care of things," passenger Rachel Naftel wrote on Twitter. "When there are fumes coming out of vent & everybody dizzy, there is a problem & it's necessary to evacuate."

Naftel later wrote that she and other passengers discussed the lingering effect of the smoke as they waited for information and bags.

"We all keep saying how bad our mouths taste still after breathing it," she wrote.

One photo that Naftel posted to Twitter shows more than 10 passengers sitting and standing on the wing as fellow travelers on the ground reach out to help. The photo does not appear to include any Delta crew members or emergency personnel.

Other photos show a passenger going down an inflatable slide and dozens standing in the grass looking at the plane, some holding their carry-on bags. 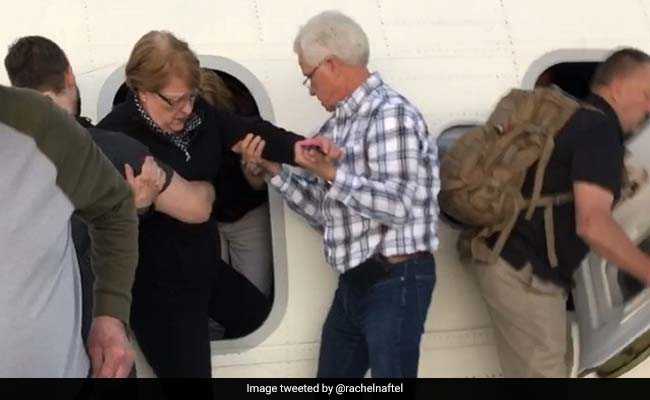 A Passenger described the journey as a "flight from hell,"

"Dog was the first to bark," she wrote on Twitter.

Another passenger, Steve Katich, posted photos from inside the plane during the incident. The cabin is darkened and overhead lights can be seen swirling through the smoke. One photo shows a woman putting her arm to her mouth.

Passenger Jim McManus, who described the journey as a "flight from hell," told ABC affiliate KMGH that most people on the plane remained calm during the incident. The flight attendants instructed passengers to keep their heads down, he said.

But, McManus said, the ordeal could have been worse.

"We were kind of sitting there complaining among ourselves, and one guy pointed out that it didn't happen while we were in the air," he said.

(Except for the headline, this story has not been edited by NDTV staff and is published from a syndicated feed.)
Comments
Delta Air Lines Flight 1854Delta airlines flight accidentDelta airlines smoke