The under-19 Afghanistan team is the first to play international cricket in any form since the Taliban took control of much of their country in mid-August. 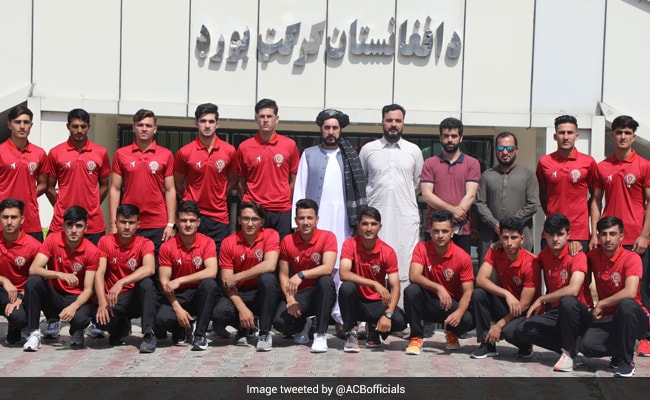 The Afghan team will play five ODIs and a four-day match against Bangladesh's U-19 team. (File)

Afghanistan's Under-19 team began to arrive in Bangladesh Saturday to play a short series, an official said, the first Afghan cricket team to play abroad following the Taliban takeover.

They will play five one-dayers and a four-day match against Bangladesh's Under-19 team at the Sylhet International Stadium between September 10 to 25.

"The first group of eight players arrived in Dhaka today. The remaining players will arrive in two other groups," said Rabeed Imam, a Bangladesh Cricket Board (BCB) spokesman.

They are the first Afghan team to play international cricket in any form since the Taliban took control of much of their country in mid-August.

Imam said the Afghan athletes left for the northeastern city of Sylhet immediately after they arrived in Dhaka.

A video shared by the BCB showed them in red t-shirts arriving in Dhaka's Hazrat Shahjalal International Airport.

The series is also the first competitive action of Bangladesh's U-19 cricketers since they won the World Cup in February 2020.