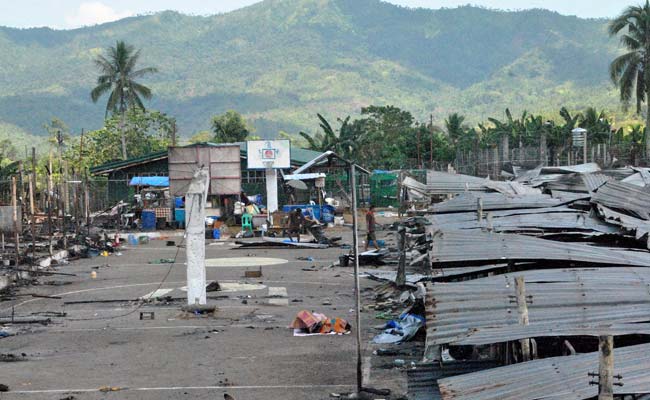 Inmates sift through belongings and debris inside the provincial jail. (AFP Photo)

Manila: Fire swept through a maximum-security Philippine prison killing 10 inmates, most of them in their cells, authorities said on Friday, in a disaster likely to highlight woeful conditions in one of the world's most over-crowded prison systems.

The cause of the blaze at the prison in the central province of Leyte on Thursday evening was faulty electrical wiring, a fire department officer said.

"The whole maximum security compound was struck by the fire, so everyone inside the cells was caught in the blaze," municipal fire marshal Eric Barcelo told reporters.

Eight inmates were burned beyond recognition in their cells while one died in an emergency shelter and one body was found near the security fence.

The Southeast Asian country's dilapidated prison system is the fourth most overcrowded in the world, according to the International Centre for Prison Studies.

Authorities transferred prisoners from the damaged section to a minimum-security compound. Several dormitories in the 42-year-old penal facility were destroyed by a fire in 2013.

Overcrowding in Philippine prisons is exacerbated by a slow judicial process and a lack of basic infrastructure. Inmates suffer from inadequate nutrition and medical attention, the U.S. Bureau of Democracy, Human Rights and Labor in a 2013 report.
© Thomson Reuters 2015