A video uploaded on Twitter by the Mecca provincial government showed plumes of grey smoke rising from what looked like the inside of the complex. 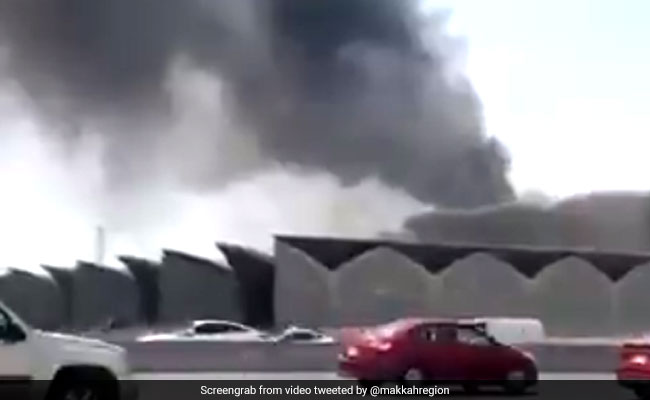 Five people were injured in a fire that broke out at a new high-speed train station in Saudi Arabia's western city of Jeddah on Sunday, state television reported, with huge palls of smoke seen rising into the air.

"Five people who sustained minor injuries because of the fire were transported to hospital," Al-Ekhbariya state television reported.

The General Directorate of Saudi Civil Defence said in an earlier tweet that it was working to extinguish the fire.

A video uploaded on Twitter by the Mecca provincial government showed plumes of grey smoke rising from what looked like the inside of the complex.

An AFP correspondent said security forces closed the main road linking Mecca and Jeddah and cordoned off the site.

The railway runs 450 kilometres (280 miles) via the Red Sea port of Jeddah, transporting passengers at speeds of up to 300 kilometres per hour.

Saudi King Salman inaugurated the railway in September 2018. Officials described it as the biggest transportation project in the region.

In 2011, the kingdom signed a deal for a Spanish consortium to build the rail track, supply 35 high-speed trains and handle a 12-year maintenance contract.

Saudi is boosting its infrastructure spending and expanding its railways -- including a $22.5 billion metro system under construction in the capital Riyadh -- as it seeks to diversify its oil-dependent economy.