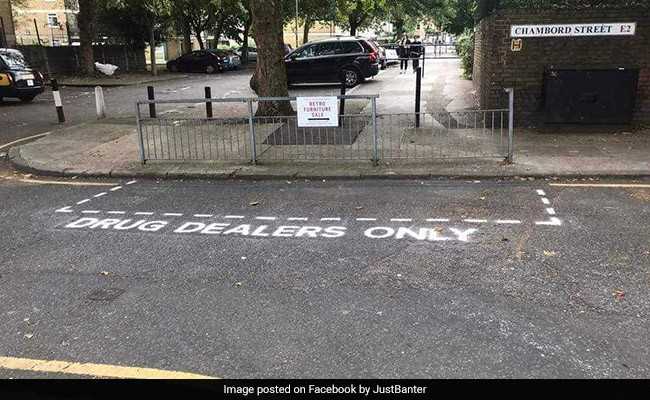 Fake street signs have popped up in a drug-blighted London neighbourhood as part of a campaign by fed-up residents and business owners to shame dealers and spur police into action.

Designed by the anonymous "Columbia Road Cartel" of street artists, the signs were commissioned by frustrated locals in protest at the situation and the lack of police action.

"It's non-stop, it's getting worse," local restaurant owner Niamh Doyle, 37, told AFP, saying groups of people were turning up outside the restaurant "every two hours" to pick up drugs.

"It's intimidating for our staff... we'll go out and confront them and ask them to move on, they can be quite aggressive.

"The cars speed along, they speed so fast they knocked down a whole bollard outside our restaurant a month ago."

A sign reading "Crack pick-up point" appeared outside the restaurant on Sunday. 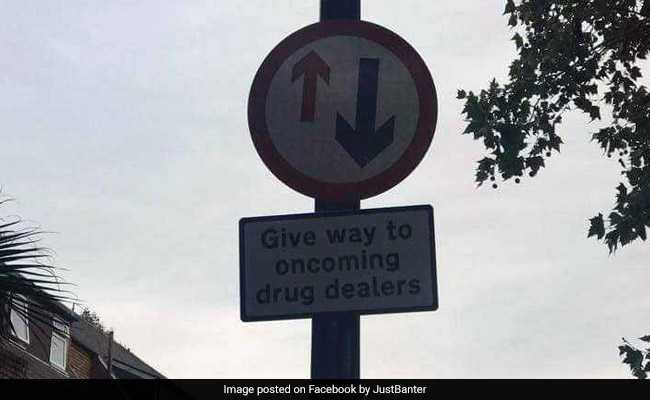 Designed by the anonymous "Columbia Road Cartel" of street artists, the signs were commissioned by frustrated locals in protest at the situation

"It's quite upsetting," agreed co-owner Anthony Ussher, 37, saying it was putting off new customers.

"If you are walking down the street and every two hours there are 20 junkies waiting to get crack on the corner, it's intimidating," he told AFP.

And the users themselves were also leaving filth throughout the neighbourhood, he said.

"It's not nice to go out and find human faeces all over your porch because there's nowhere to go."

Columbia Road is in Shoreditch, an increasingly gentrified neighbourhood and nightlife hotspot, but where criminal gangs are on the rise.

Increasing homelessness and cuts to mental health services have also contributed to the problem along with police inaction.

"All the residents are on a WhatsApp group and they film all the time. We've got tons of registrations, tons of pictures of the same cars, the same people, and it just falls on deaf ears. Nothing happens," said Doyle, who blamed a lack of resources.

The local Tower Hamlets council insisted it was working with police over the issue.

"We understand the frustration of these residents, which is why the council has invested &#163;3 million (3.4 million euros/$3.9 million) in additional police officers to make up some of the shortfall in government cuts," a spokesman said in a statement.

(Except for the headline, this story has not been edited by NDTV staff and is published from a syndicated feed.)
Comments
LondonFake street signsDrug dealers