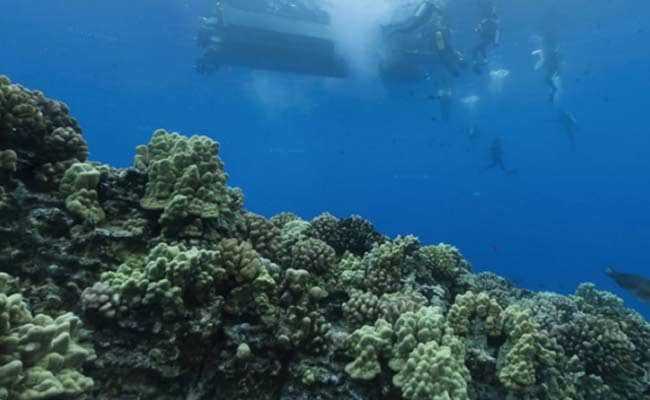 Corals in the Great Barrier Reef are eating small plastic debris in the ocean, Australian researchers said on Tuesday, raising fears about the impact the indigestible fragments have on their health and other marine life.

The scientists found that when they placed corals from the reef into plastic-contaminated water, the marine life "ate plastic at rates only slightly lower than their normal rate of feeding on marine plankton", the study published in the journal Marine Biology said.

Microplastic is defined as particles smaller than half a centimetre (a fifth of an inch).

The scientists found the plastic "deep inside the coral polyp wrapped in digestive tissue" and expressed concerns the substance could then hurt the creature's ability to digest normal food.

The health of the reef, along the Queensland coast, is already under close scrutiny from the United Nations Educational, Scientific and Cultural Organisation.

As much as 88 percent of the open ocean's surface contains plastic debris, findings published in the Proceedings of the National Academy of Sciences last year found.

The small pieces -- from mass-produced plastics such as toys, bags, food containers and utensils -- make their way into the sea through storm water run-off, raising concerns about the effect on marine life and the food chain.

Promoted
Listen to the latest songs, only on JioSaavn.com
The United Nations Environment Programme estimated in 2012 that around 13,000 pieces of microplastic litter were found in every square kilometre of sea, with the North Pacific most badly affected.

Despite the prevalence of microplastics, scientists say it is not well-known what effects they have on the world's marine life.