The police believe the man injured himself when officials entered the property. While the police are yet to confirm their line of inquiry and a post-mortem on the bodies is scheduled for Thursday, it is suspected to be a case of murder-suicide. 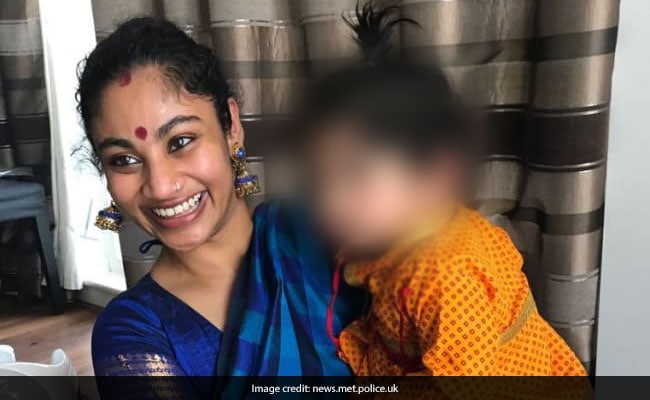 The Scotland Yard has launched a murder investigation after three members of a Tamil-origin family were found dead in their flat in west London.

Officers from the Metropolitan Police forced entry into a block of flats in Brentford on Tuesday after concerns were raised for the well-being of Poorna Kaameshwari Sivaraj.

They found the body of the 36-year-old woman and her three-year-old son, Kailash Kuha Raj. Her husband, Kuha Raj Sithamparanathan, was found with severe stab injuries and died at the scene soon after.

The police believe the 42-year-old injured himself when officials entered the property. While the police are yet to confirm their line of inquiry and a post-mortem on the bodies is scheduled for Thursday, it is suspected to be a case of murder-suicide.

"Although we are in the infancy of this investigation, it appears that Poorna and Kailash had been dead for some time. This is a murder investigation and my team will work diligently to establish the sequence of events that led to their murders and the death of Kuha Raj Sithamparanathan," said Detective Chief Inspector Simon Harding from the Met's Specialist Crime Command, who is leading the investigation.

He said that their initial inquiries had established that Poorna Sivaraj and her son had not been seen or heard from for some days, perhaps since September 21.

"We know the family often walked their dog, a poodle cross breed, in and around the local area and I would ask anyone who saw them at any time in the last month to contact police so we can begin to build a full picture of their lives," said Mr Harding.

"I know I speak on behalf of all the officers in my team that words cannot sufficiently sum up the devastation that this horrific incident will have on the families of those involved. However, I can reassure them that we will do all we can to provide them with the answers they need about what has happened here," he said.

The police force also sought to reassure the neighbourhood following the deaths of family, from Malaysia and of Sri Lankan and Tamil heritage.

"This horrific incident has understandably caused enormous shock and concern among local residents and across the borough; all our thoughts are with the family and friends of those affected," said Peter Gardner, the local area commander for the Met Police.

He praised the London Ambulance Service (LAS) paramedics who rushed to the scene and worked "tirelessly and professionally under extremely traumatic circumstances" as they tried to save the life of the man.

"Our officers in the West Area Command Unit are doing everything they can to support colleagues in Specialist Crime as we work to understand what has led to this terrible incident. Local residents can expect to see officers at the scene and patrolling the local area to provide reassurance, and if they have any concerns, I would urge them to speak to our officers," said Mr Gardner.

The Met Police said it initially received a call late on Sunday from a family member raising concerns about the welfare of Poorna. Officers attended the flat several times in the early hours of Monday but received no reply.

"From talking to neighbours as the day progressed, concerns heightened and a decision was made to force entry," the Met Police said.

The Directorate of Professional Standards has made a referral to the Independent Office for Police Conduct (IOPC) as Sithamparanathan's self-inflicted fatal injury meets the criteria of a mandatory referral.