Despite US President Donald Trump's repeatedly accommodating words towards Russian President Vladimir Putin, the arrest of Paul Whelan is the latest in a series of espionage cases between the two countries. 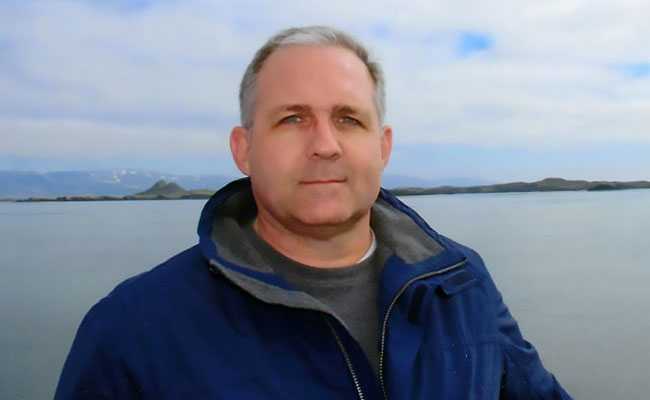 Russia alleged Paul Whelan was arrested on December 28 "while carrying out an act of espionage".

The brother of an American detained in Russia for alleged spying says the ex-Marine might be caught in a diplomatic tug-of-war between the two powers, and the family fears he could be convicted on flimsy evidence.

But in an interview with AFP, David Whelan said they have faith that the US government will be able to bring his brother home.

He was arrested on December 28 "while carrying out an act of espionage," Russia's FSB security service said.

"There are no details about the circumstances of his arrest, so it's hard not to connect it as merely tugging between the two countries for whatever reason," David Whelan said in Newmarket, Ontario, north of Toronto.

"I'm very worried, particularly because there's no transparency for the Russian legal system," the brother said.

"We have a great deal of concern that he will be charged without sufficient evidence, he'll be convicted."

Despite US President Donald Trump's repeatedly accommodating words towards Russian President Vladimir Putin, the arrest of Whelan is the latest in a series of espionage cases between the two countries.

Asked by reporters on Sunday about Whelan's case, Trump said only: "We're looking into that."

Secretary of State Mike Pompeo said on Wednesday that Washington was trying to learn more about the situation.

"We have faith that they're working on it," David Whelan told AFP, adding that the family is hopeful that "the ridiculousness of this whole situation will eventually cause the US government to step forward and to have him brought home."

Whelan held a British passport, as well as others, and on Friday Britain's Foreign Secretary Jeremy Hunt said "we don't agree with individuals being used in diplomatic chess games."

Whelan also holds an Irish passport, although he entered Russia on his US one, an official source told AFP. The Washington Post said Whelan also carries a passport from Canada, where he was born.

On Saturday, Russia demanded an explanation from the United States over the arrest of one of its nationals, Dmitry Makarenko, held since December 29 for alleged money laundering and attempting to export defense-restricted goods.

Analysts have speculated that Moscow could be hoping to swap Whelan for Maria Butina, a Russian held in the United States, or for another Russian held there.

US intelligence services have accused Moscow of interfering in the 2016 presidential election.

US security experts have raised doubts that Whelan was a spy, given that he was, according to The New York Times, court-martialed in 2008 from the US Marine Corps for larceny and passing bad checks.

His family said he was visiting Moscow for a friend's wedding.

In the interview, David Whelan reiterated his belief in his brother's innocence.