In a 9-page report dated November 4, 2016 obtained by Reuters through a freedom of information request, the Federal Aviation Authority (FAA) said 273 affected parts were installed in an unspecified number of Boeing 777 wing spoilers, which help slow a plane when coming in to land. 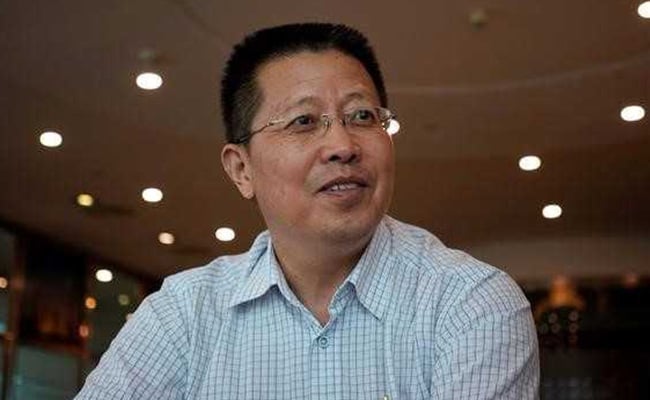 Shanghai: Chinese suppliers to US flight control systems maker Moog sold it poorly made parts, faked paperwork and outsourced work to a factory not approved by the company, according to an internal report by US aviation regulators.

In a 9-page report dated November 4, 2016 obtained by Reuters through a freedom of information request, the Federal Aviation Authority (FAA) said 273 affected parts were installed in an unspecified number of Boeing 777 wing spoilers, which help slow a plane when coming in to land.

It did not identify the parts or say when they were installed. The FAA, Boeing and Moog said in the report and in emails to Reuters they posed no safety risk.

The episode does not raise immediate safety issues. However, it highlights the pressure on Chinese suppliers and regulators as the world's fastest growing aviation sector seeks to be less reliant on foreign manufacturers.

To be sure, it's not just a Chinese issue. Shares in Japan's Kobe Steel, a supplier of aluminium and copper products used in aircraft and cars, plunged last week after it found numerous cases of data falsification, sending customers scrambling to check product safety.

Supply firms have flocked to China's booming aerospace sector, which is looking to supply parts faster and cheaper in a competitive global market. China's exports of parts to the US aerospace industry have trebled to $1.2 billion since 2009, US trade data show.

The demand has fuelled the rise of smaller makers of airplane parts in an industry that has been dominated by state-owned firms.

China's aerospace industry isn't just a supplier to foreign plane makers. Its airlines are among the biggest buyers of Boeing and Airbus planes, but China is now building its own passenger jets, flying its first narrow-body C919 plane in May.

Mao Pingzhou, a program and quality manager at Airbus, who previously worked at Moog, says China still needs to improve the management of its supply chain.

"There are a lot of procedures, but supervisors and workers don't strictly implement them," he told Reuters.

In an emailed response to Reuters, the FAA said it investigated safety concerns raised by a whistleblower, Charles Shi, and substantiated two of his allegations. One was addressed and closed, and the other "remains open until the corrective action is fully implemented by Boeing and verified by the FAA." It did not elaborate.

Boeing said it and Moog "had already assessed these two issues and taken all necessary corrective actions." It stressed that "the safety of the flying public is our primary concern."

Moog said it "promptly and properly investigated" the irregularities. "The suspect parts - none of which are flight safety critical - were determined to meet specifications," it said.

According to the FAA report, more than 720 hours of stress-testing the parts at Moog showed no failures, and it was agreed with Boeing to leave them on the planes.

The FAA began investigating Moog parts in March 2016 after Shi, a former Moog supply chain manager for Far East Asia, contacted its whistleblower hotline, according to Shi and copies of emails between him and the regulator.

Shi had previously raised concerns at Moog about Suzhou New Hongji Precision Parts Co Ltd (NHJ), a supplier he said had faked certificates, outsourced work and used substitute material without Moog's knowledge, according to copies of emails between Shi and his colleagues seen by Reuters.

It was not clear from the company emails which parts the certificate was for. Reuters could not determine why NHJ would do this.

"This is desperately frustrating and really means that one of the target growth suppliers in China cannot be trusted," an SQE manager wrote in an August 25 email.

In its report, the FAA concluded that NHJ outsourced parts to an unapproved supplier, and a subcontractor fabricated production records and did not follow required manufacturing processes. The FAA did not concur with Shi's allegations that NHJ used unapproved substitute material to make parts for Moog.

The FAA report also said the subcontractor, Nantong Shenhai Industrial Technology, which was responsible for coating parts with cadmium, baked parts for half the time it should have, and fabricated a production record.

"They never mentioned these things to us during the check," Li told Reuters. "Moog should have used official means to notify us, but we've not received any notification from Moog or the FAA."

Moog says it doesn't comment on its communications with suppliers. The FAA did not respond to a request for comment.

Cheng Daoguang, executive director at Nantong Shenhai, told Reuters: "Shenhai did not fabricate production process records and did not receive any visits or audits from the FAA." He said the company processed parts for NHJ between February-June 2015.

Cheng said neither NHJ nor Moog gave clear instructions on which standards to follow, and Shenhai only learned it should have baked parts for longer during a subsequent visit by Shi in August 2015.

NHJ's Li declined to comment on the issues at Shenhai.

Shi said he approached the FAA after he was laid off by Moog. The company says Shi's employment was ended as part of a "previously communicated global reorganization", and was not related to him raising issues about the supplier's quality.

"Shi did not expose anything that others within Moog's supply chain organization were not or had not already responded to as part of the normal supply chain management process," it said.

Shi says he has filed a complaint to the US Department of Labor's Occupational Safety and Health Administration against his dismissal by Moog on the grounds he was a whistleblower. A US judge turned that down last month, saying he lacked jurisdiction. Shi says he is appealing that ruling.
© Thomson Reuters 2017
Comments
Moog flight control supplierfake paperworkpoor flight parts