Boris Johnson said he was "very happy to go" as he had "a particular interest", having hosted last year's event in the Scottish city of Glasgow. 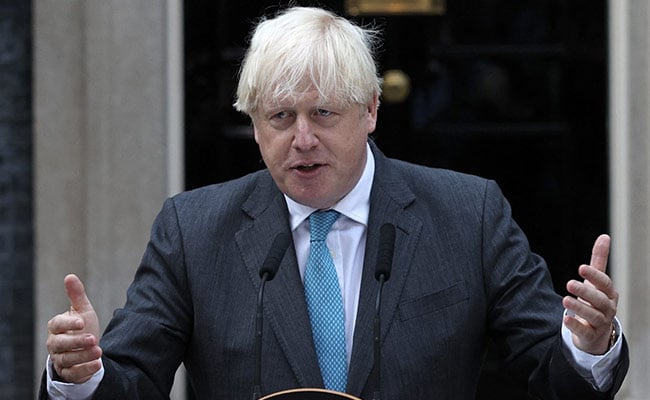 Boris Johnson pushed for a greener economy during his tenure. (File)

Britain's former prime minister Boris Johnson on Tuesday said he will go to the upcoming UN climate change conference, in a move that could force his successor to change his mind and attend.

Johnson told Sky News in his first interview since stepping down as prime minister in September that he had been "invited by the Egyptians" to the COP27 summit in Sharm el-Sheikh.

He said he was "very happy to go" as he had "a particular interest", having hosted last year's event in the Scottish city of Glasgow.

He called the meeting to limit global emissions a "fantastic global success" which did "a huge amount of good for the planet".

Johnson pushed for a greener economy during his tenure in Downing Street until he was forced to quit after a series of scandals.

Rishi Sunak, who was appointed prime minister on October 25, has been condemned for announcing that he will not be at the summit at the Egyptian Red Sea resort.

He was also criticised for downgrading the post of the government's COP26 minister Alok Sharma and climate minister Graham Stuart, preventing them from attending cabinet.

But on Tuesday his spokesman said his attendance was "under review".

Johnson's confirmation that he will be there could persuade Sunak to change his mind, given the reported bad blood between the pair.

As finance minister, Sunak was among the first of Johnson's cabinet colleagues to resign in protest at his leadership, triggering a raft of others in government to quit.

King Charles III, a longstanding advocate for the environment since his days as heir to the throne, will not attend COP27 but will host a pre-COP reception at Buckingham Palace on Friday.