El Shafee Elsheikh and another former "Beatle," Alexanda Kotey, were captured by a Kurdish militia in Syria in January 2018 and handed over to US forces in Iraq. 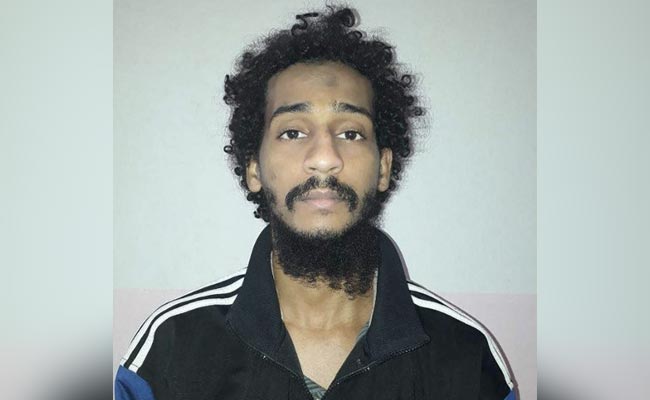 El Shafee Elsheikh, who captured in 2018, was accused of killing 4 Americans in Syria.

A member of the notorious Islamic State kidnap-and-murder cell known as the "Beatles" was sentenced to life in prison by a US court on Friday for the deaths of four American hostages in Syria.

El Shafee Elsheikh, 34, was given eight concurrent life sentences with no possibility of parole after being convicted in April of hostage-taking, conspiracy to murder US citizens and supporting a terrorist organization.

Judge T.S. Ellis, handing down the sentence in a US District Court in Alexandria, Virginia, said Elsheikh's conduct "can only be described as horrific, barbaric, brutal, callous and, of course, criminal."

Elsheikh, wearing large glasses, a black Covid face mask and a dark green prison jumpsuit with "Alexandria Inmate" on the back, did not visibly react and declined an opportunity to speak to the court.

The trial of the former British national, which featured emotional testimony from former hostages and parents of the murdered Americans, was the most significant prosecution of an IS terrorist in the United States.

Diane Foley, mother of murdered hostage James Foley, addressed Elsheikh and the court and noted Friday was the eighth anniversary of her son's "gruesome beheading."

"You have been held accountable for your depravity," Foley told Elsheikh. "You have lost your country, your citizenship, your freedom and your family.

"Love is much stronger than hatred," she added. "I pity you, Elsheikh, for choosing hatred."

The jury deliberated for less than six hours at the end of a two-week trial before finding Elsheikh guilty for his role in the deaths of four Americans -- journalists Foley and Steven Sotloff and aid workers Peter Kassig and Kayla Mueller.

Elsheikh and another former "Beatle," Alexanda Kotey, were captured by a Kurdish militia in Syria in January 2018 and handed over to US forces in Iraq.

They were flown to the United States in 2020 to face trial.

Kotey, 38, pleaded guilty in September 2021 and was sentenced to life in prison in April.

Another alleged "Beatle," Aine Davis, 38, has been deported to Britain from Turkey and remanded in custody on terrorism charges.

The fourth in the group, executioner Mohammed Emwazi, was killed by a US drone in Syria in November 2015.

The hostage-takers, who grew up and were radicalized in London, were nicknamed the "Beatles" by their captives because of their distinctive British accents.

Active in Syria from 2012 to 2015, they abducted more than two dozen journalists and relief workers from the United States and other countries.

"This prosecution unmasked the barbaric and sadistic IS Beatles," assistant US attorney Raj Parekh said at Friday's sentencing.

Foley, Sotloff and Kassig were beheaded by Emwazi, and videos of their deaths were released by IS for propaganda purposes.

Mueller was initially held by the "Beatles" but was later turned over to IS leader Abu Bakr al-Baghdadi, who reportedly raped her repeatedly.

IS announced Mueller's death in February 2015. The group said she was killed in a Jordanian airstrike, a claim disputed by US authorities.

Baghdadi died during a US special forces raid in 2019.

"He will spend the rest of his life in a cell," he said.

Zachary Deubler, a lawyer for Elsheikh, asked Judge Ellis to recommend to the Bureau of Prisons that Elsheikh not be sent to the prison in Florence, Colorado, known as "Supermax."

The judge declined to do so.

Deubler also said Elsheikh intends to appeal the verdict on the grounds of "ineffective counsel."

Richard Smith, head of the London police counterterrorism unit, welcomed the sentence and said "Elsheikh and Kotey thought they were beyond the reach of the law, but they were wrong."

FBI Deputy Director Paul Abbate said the case should serve as a warning that "those who kill or injure our citizens cannot hide forever.

"The FBI and our partners throughout the US government will work relentlessly to bring them to justice," Abbate said.