Donald Trump seized on the famed documentarian and Academy Award winner's fury, retweeting the post and adding his observation that "Even Michael Moore agrees that the Dems and Mueller blew it!" 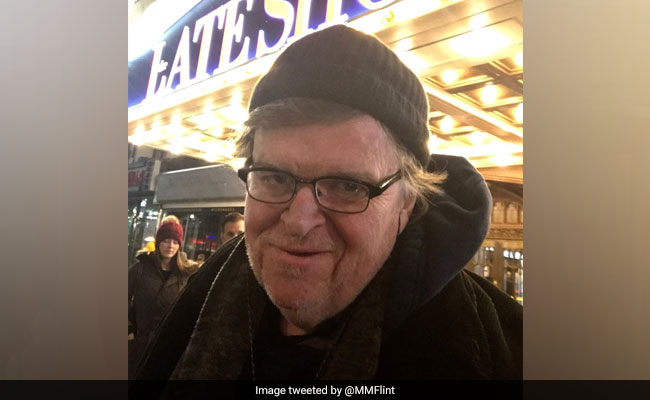 Moore, a frequent Trump critic who has also warned of the Democratic Party's failure to resonate with working-class America, let loose on Mueller as he testified in often halting fashion before Congress about Russian election interference and possible connections to Trump and his 2016 campaign.

"A frail old man, unable to remember things, stumbling, refusing to answer basic questions," Moore said in a scathing tweet after Mueller appeared uncertain and asked for several questions to be repeated during some of the most closely watched congressional hearings of the year.

"I said it in 2017 and Mueller confirmed it today - All you pundits and moderates and lame Dems who told the public to put their faith in the esteemed Robert Mueller - just STFU from now on," he added, using a crass acronym that includes an expletive.

Trump seized on the famed documentarian and Academy Award winner's fury, retweeting the post and adding his observation that "Even Michael Moore agrees that the Dems and Mueller blew it!"

Mueller, 74, appeared reluctant to take the gloves off as he sat for hours in hearings before two House panels, often sounding dispassionate and unsteady.

At times lawyerly and assured, he was also dull and sluggish, declining to stray beyond the confines of his report or to push back aggressively on his Republican questioners and light the fireworks that several Democrats no doubt had been looking for.

"Trump must be gloating in ecstasy," tweeted Moore, director of films like "Bowling for Columbine" and "Roger & Me."

"Not because of the failure that is Robert Mueller -- his Report is still a damning document of crimes by Trump -- but because Trump understands the power of the visual, and he understands that the Dems aren't street fighters and that's why he'll win."

Moore, 65, made waves in July 2016, four months before the election, when he said on HBO's "Real Time with Bill Maher" that "I think Trump is going to win."