Britain and the Netherlands are the first countries to vote in the polls, with more than 400 million voters across the 28-nation bloc. 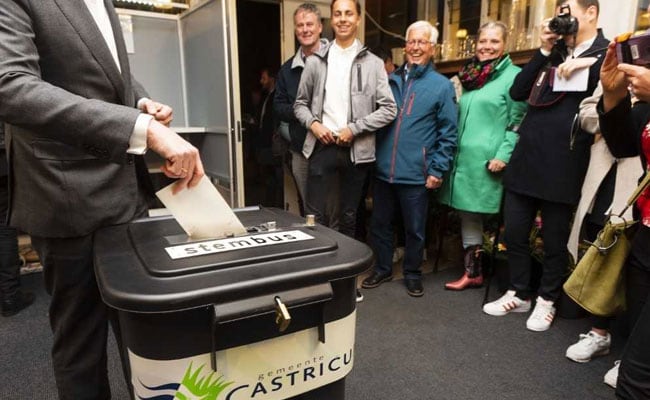 The first voters for the European Parliament elections in Castricum, The Netherlands. (AFP)

Polls opened in the Netherlands on Thursday for European Parliament elections, launching four days of voting across the EU in which populists hope to make big gains.

Britain and the Netherlands are the first countries to vote in the polls, with more than 400 million voters across the 28-nation bloc eligible to elect 751 MEPs.

Flamboyant Dutch eurosceptic Thierry Baudet and his populist Forum for Democracy are on course to match Prime Minister Mark Rutte's Liberals with five European Parliament seats each, according to recent opinion polls.

Dutch exit polls are expected on Thursday night but official EU results will not be announced until Sunday.

Rutte and Baudet held a fiesty television debate on the eve of the vote, facing off on issues including immigration, Russia and Baudet's controversial comments about women.

Once best known for naked Instagram selfies and controversial comments about women, Baudet, 36, stunned Europe in March when his upstart party came out of nowhere to became the biggest in the Dutch senate.

These are the ninth European parliament elections since they began in 1979 and voter turnout has dropped each time, hitting 43 percent in 2014.

(Except for the headline, this story has not been edited by NDTV staff and is published from a syndicated feed.)
Comments
EU ElectionNetherlands ElectionsEuropean union elections