Son Was Sending Mother To Assisted Living Facility. She Killed Him

On Monday, police were called to a home in the Arizona town of Fountain Hills, just outside of Phoenix, and found Blessing's 72-year-old son dead. 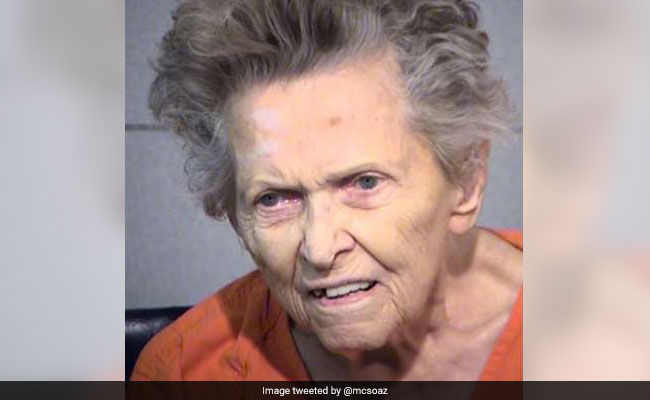 She had been up for three to four days, thinking about her son and what he had told her. He said he would place her in an assisted living facility because she had become difficult to live with, Anna Mae Blessing told police.

It seemed that was the last thing the 92-year-old wanted to happen.

On Monday, police were called to a home in the Arizona town of Fountain Hills, just outside of Phoenix, and found Blessing's 72-year-old son dead. He had been shot in the neck and jaw, court records say. The suspect: his mother, who police found in her bedroom, sitting in her recliner.

"You took my life, so I'm taking yours," Blessing said as officers were arresting her.

Blessing had been living with her son and his girlfriend in the Fountain Hills home for six months. Authorities say the elderly woman felt her son, who was not identified, was taking her life away by sending her to an assisted living facility. On Monday morning, police said, Blessing grabbed two guns she had kept under a shelf in her bedroom - a revolver she bought at a gun store in the late 1970s and a .25-caliber pistol her late husband gave her. She placed them in the pockets of her robe and went to the master's bedroom, where her son and his girlfriend were, and confronted him about his plans for her, according to a probable cause statement.

Blessing told her son that she was tired of how he was treating her, the son's girlfriend, who also was not identified, told police. Blessing then fired a round from her revolver, shattering a mirror in the bedroom's bathroom, authorities say. She fired another, causing her son to fall to the ground. She bent down to check his pulse, Blessing told police, and realized that she had just killed her own son.

Blessing then turned her attention to her son's girlfriend, who hid by the bed, court records say.

Before police arrived, Blessing walked back to her room and sat in her recliner, intending to kill herself but she didn't have any more guns, she told police.

Blessing is now facing felony charges, including murder and aggravated assault with a deadly weapon. The revolver and the pistol, both of which Blessing said she had not used since the 1970s, were found in the bedroom.

When investigators asked her what she thinks should happen to her, Blessing said she should be "put to sleep" for what she had done, according to court records.

"It is always concerning when domestic issues escalate to violence or tragic outcomes," Maricopa County Sheriff Paul Penzone said in a statement. "They are often isolated and neither predictable nor preventable."

On Tuesday, Blessing appeared in court sitting in a wheelchair and wearing a bright-orange jail uniform. She will be represented by the Maricopa County public defender's office, though her attorney has not been named.

Blessing, who is retired, did not have previous arrests in Maricopa County, according to court records.