Eid-Al-Adha Marks The Completion Of Annual Hajj Pilgrimage, Here Is Why

The celebrations of Eid-al-Adha begin a day after Arafat Day, when pilgrims at Mecca, Saudi Arabia, gather at Mount Arafat. 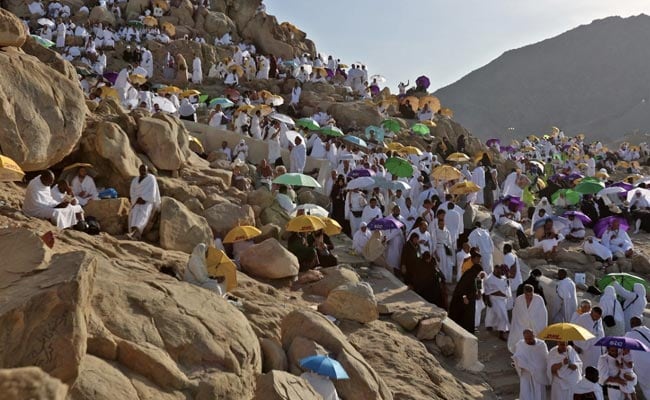 The Hajj pilgrimage culminates with Eid-al-Adha which is also known as Bakra Eid.

Eid-al-Adha will be observed on Sunday, July 10. The day, also known as Bakra Eid or Bakrid, marks the completion of the annual Hajj pilgrimage. The celebrations of Eid-al-Adha begin a day after Arafat Day, when pilgrims at Mecca, Saudi Arabia, gather at Mount Arafat.

Mount Arafat is also known as Jabal ar-Rahmah which translates to Mountain of Mercy. On the ninth day of the Hajj pilgrimage, thousands of people gather on the sacred hill to pray and recite Quran, according to Mecca.net.

It is believed that Mount Arafat is the place where Prophet Muhammad delivered his last sermon to his followers who accompanied him for Hajj. The prophet called for unity and equality among Muslims in his sermon and thus pilgrims stand shoulder to shoulder on the hill remembering him.

The Hajj pilgrimage culminates with Eid-al-Adha which is also known as Bakra Eid or the festival of sacrifice. It is observed to honour the devotion of Prophet Ibrahim (Abraham) towards the almighty.

It is believed that Prophet Ibrahim was commanded to sacrifice his son and he willingly obeyed. However, the almighty replaced his son with a lamb that ended up being sacrificed by Prophet Ibrahim. Hence, the festival is celebrated around the world by sacrificing goats, lambs or sheep, and remembering the devotion of Prophet Ibrahim.