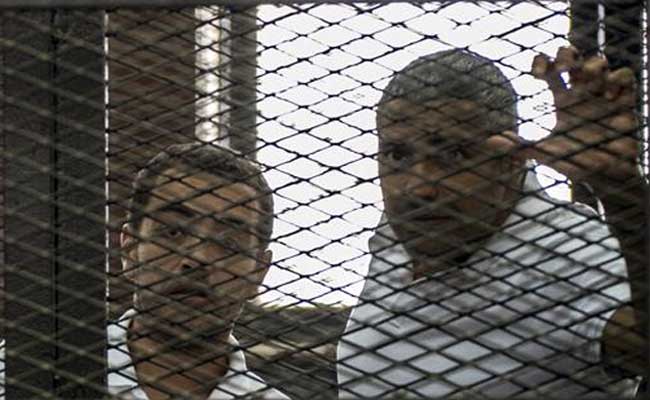 Media workers Mohamed Fahmy and Baher Mohamed were jailed for the ludicrous charges of broadcasting false news and operating as journalists without authorisation only to be pardoned later.

Egypt: Egypt's journalist syndicate has called for the dismissal of the interior minister and an immediate sit-in at its headquarters in downtown Cairo to protest the police detention of two journalists on its premises a day earlier.

In a statement issued today after an emergency meeting, the group called for the "open-ended" sit-in to run through a Wednesday general assembly, and during World Press Freedom day on May 3.

It described the police's entry into the building as a "raid by security forces whose blatant barbarism and aggression on the dignity of the press and journalists and their syndicate has surprised the journalistic community and the Egyptian people."

The area surrounding the building has been heavily policed for days and police troops have set up barricades around it, preventing entry.
Comments
EgyptPress Freedomegypt journalists