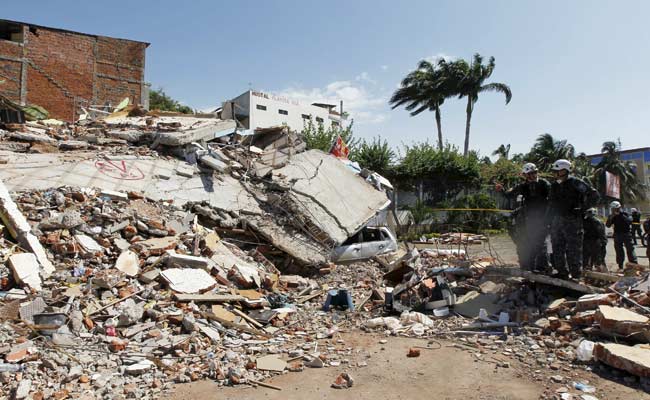 More than 280 schools have been damaged by the earthquake that hit Ecuador on April 16. (File Photo)

United Nations: More than 280 schools have been damaged by the earthquake that hit Ecuador on April 16, leaving at least 120,000 children temporarily without education, the UN Children's Fund (UNICEF) said.

"Education is a lifeline for children going through the trauma of chaos and destruction," said Grant Leaity, the UNICEF representative in Ecuador, on Tuesday, Xinhua news agency reported.

"It helps give them a daily routine and a sense of purpose and puts them on track for psychological recovery," the UN official said.

The earthquake, which measured 7.8 on the Richter scale, has left at least 655 people dead, 4,605 more injured, 48 others missing, and 29,067 people in shelters, according to the latest official estimate.

UNICEF is supporting the government's efforts to get children back to learning, particularly in the worst affected areas of Muisne, Pedernales, Jama, and some parts of Portoviejo, Manta and Chone.

Aid and government agencies are still assessing the full extent of the damage. Fear of aftershocks is pushing people to sleep outdoors, exposed to the heavy rains which are common during this season.

UNICEF and its humanitarian partners need $23 million to respond to children's immediate needs in water, sanitation, education, child protection, health and nutrition over the next three months.