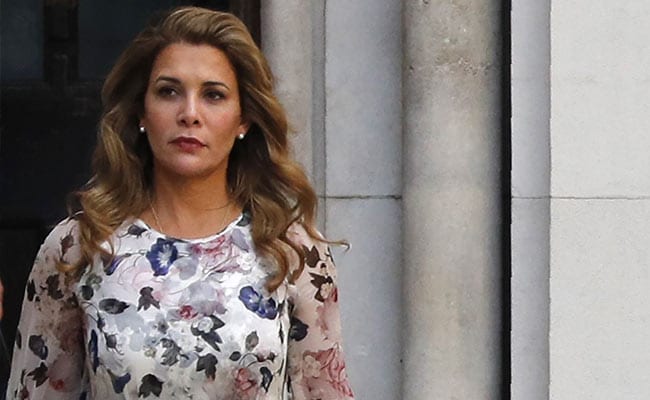 Princess Haya Bint Hussein has royal connections of her own.

An ongoing international custody battle between Dubai's ruler and one of his wives has undermined the deliberately cultivated image of the city as a playground for Western tourists that embraces modern sensibilities in an overwhelmingly conservative part of the world.

For many outside the Middle East, Dubai has developed a reputation as a glitzy, cosmopolitan hub - a view that has been molded and propagated by its ruler, Sheikh Mohammed bin Rashid Maktoum, who is also the vice president of the United Arab Emirates.

But Maktoum, a 70-year-old billionaire racehorse owner, has faced successive claims of mistreatment by women in his family. The cases have highlighted what activists have said are the emirate's regressive attitudes toward women's rights and free speech that are too often masked by the perception of Dubai as the Las Vegas of the Middle East.

This week, one of Maktoum's six wives, Princess Haya Bint Hussein, 45, appealed to Britain's High Court for a forced marriage protection order for one of their children, which can protect someone who has been or is being forced into marriage. Haya has been staying in London with her and the sheikh's two children and has indicated she does not intend to return to Dubai.

Helen Ward, a lawyer representing Maktoum in the custody case, did not return an email seeking comment.

Haya's case has fixed a fresh spotlight on previous allegations of cruelty against Maktoum from female members of his family. Two of his daughters from another wife have attempted to flee the kingdom, saying they sought freedom from the family's repressive rule. They were both captured and brought back to Dubai. But their cases have sparked international concern.

"When you see female members of the royal family literally fleeing the country and seeking asylum, it should indicate the even greater extent to which average women in the UAE are denied basic rights," said Radha Stirling, the CEO of British-based advocacy group Detained in Dubai.

Here's what we know about the royal women's cases.

One of Maktoum's daughters, Princess Shamsa Maktoum, was the first to run away from her family in July 2000. According to a Guardian investigation, the headstrong 19-year-old princess, who was staying at her family's estate in Surrey for the summer, vanished one day.

When her father discovered her disappearance, a frantic search was launched, a former employee who worked on the estate told the paper. Horses, helicopters and cars were sent in pursuit of Shamsa.

One year later, the Guardian received word that a woman claiming to be Shamsa had contacted British authorities, saying she was kidnapped from England and brought back to Dubai. She had been at a bar with friends in Cambridge, the woman said, when a car pulled up alongside her. Four men forced her into the car, where she was taken to her family's property in Newmarket, and flown on private jet back to Dubai the next day.

The UAE government remains tight-lipped about what happened to Shamsa, and the princess has not made a public appearance since her attempted escape. But almost 20 years later, disturbing details emerged about what may have happened to her when her younger sister ran away and broadcast her unhappiness on the Internet.

In 2018, Princess Latifa Maktoum got on an American yacht and hoped to sail to freedom, in an escape she said she had planned for seven years. A recorded video that has nearly 4 million views showed the princess detailing the oppressive life she said she was made to live under palace rule. She added that the treatment of her sister upon her return to Dubai had made her want to seek refuge. She was making the video, she said, in case her attempt failed.

"They're not going to take me back alive," she said. "That's not going to happen. If I don't make it out alive, at least there's this video."

On the night of March 4, 2018, the yacht she was on came under attack by UAE and Indian military forces off the coast of Goa, India, according to rights groups.

"She was really nervous," said Stirling, who says she had been on the phone with Latifa when the attack occurred. The princess said she could hear men shouting and what sounded like gunshots. She was captured and taken back to Dubai, where officials claimed she had not tried to escape but had been kidnapped.

In the video, Latifa spoke for 39 minutes of how she had been kept against her will, and imprisoned and tortured when she had tried to escape to Oman a few years earlier. She also said that after her sister Shamsa had returned to Dubai, she was heavily medicated and "in a very bad state."

"They would give her a bunch of pills to control her, basically," Latifa alleged.

Latifa's public appearances since her attempted escape have also provoked questions. In December, she appeared with former United Nations High Commissioner for Human Rights Mary Robinson, who said the princess appeared to be "in the loving care of her family."

Robinson, also a former president of Ireland, was criticized by activists for being a "a willing pawn in the [public relations] battle between the UAE ruling family and the rest of the world." The visit was criticized for looking staged.

Unlike Maktoum's daughters, Princess Haya Bint Hussein has royal connections of her own. Her father is the late king of Jordan, and her half brother is the country's current ruler, King Abdullah II.

The princess, who shares her husband's love of horses and competed with the Jordanian equestrian team at the 2000 Sydney Olympics, did not flee from the sheikh in the way the other women did. She was in London, living in her own multimillion-dollar home, when it emerged in early July that she wanted sole custody of her young children and did not intend to return to Dubai.

Stirling said the high-profile nature of her case as well as her royal background puts her "in a very good position."

But Haya still seemed to fear for her safety. In addition to the forced marriage protection order, the princess requested a "non-molestation order" to protect herself from threats or harassment, according to Reuters.

The family court judge has limited the extent to which the media can cover the case, but it was reported by the British press that Haya also applied for the children to be wards of the court, meaning a decision regarding their well-being cannot be made without the judge's approval.

Maktoum is opposing the applications through his lawyers and called for his children to be returned to Dubai, The Associated Press reported.