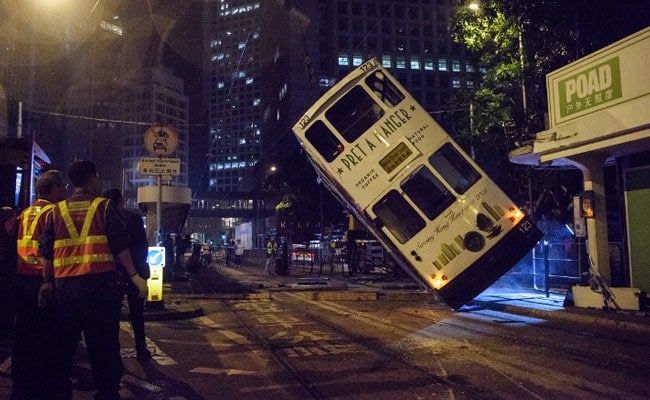 This is the second incident on Hong Kong's public transport network this year.

Hong Kong: The driver of a double-decker tram that tipped over in Hong Kong injuring 14 people was arrested Thursday on suspicion of dangerous driving.

Five women and nine men including the driver were injured, with some taken to hospital, according to police.

A police spokesman said the driver, surnamed Lo, 23, was being questioned.

News footage from local TV stations showed firefighters at the scene, and one person wearing an oxygen mask while being carried out of the flipped tram on a stretcher.

Images taken by an AFP photographer on site revealed the tram being turned right-side-up shortly afterwards. 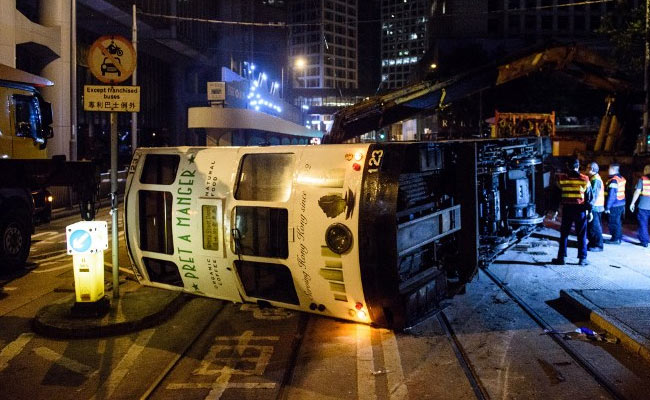 Trams, known as "ding-dings", have serviced Hong Kong for more than a century.

It is the second incident on Hong Kong's public transport network this year, usually regarded among the safest and best infrastructure systems in the world, with accidents uncommon.

Seventeen people were injured in February when a fire engulfed a subway train, triggering the evacuation of Tsim Sha Tsui station -- a major hub -- during rush hour and causing chaos on the platform.

Trams, known as "ding-dings" for the sound of their bells, have serviced the city's main island for more than a century and carry around 200,000 passengers a day.

Promoted
Listen to the latest songs, only on JioSaavn.com
With around 160 cars, the tram network is the world's largest fleet of double-decker tramcars still in operation, charging a flat rate of just HK$2.30 (30 US cents) for adults to ride along the 120-stop route.