Read inOther Languages
This Article is From Nov 12, 2018

On Saturday, Egypt's Ministry of Antiquities announced that a team of archaeologists had uncovered dozens of mummified cats, along with 100 wooden cat statues and a bronze bust of Bastet, the ancient Egyptian goddess of cats. 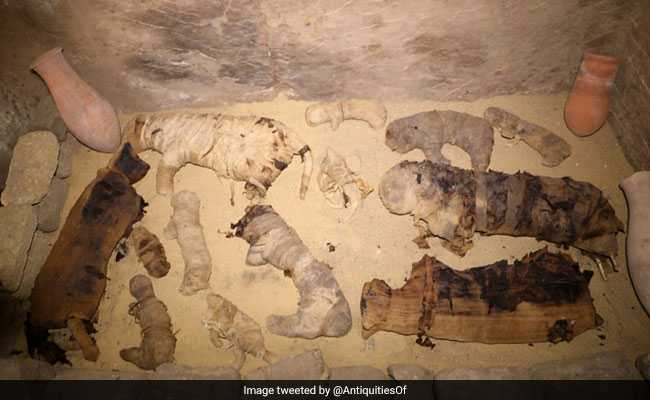 Ancient Egyptians were serious cat people, if a discovery in a tomb near Cairo is any indication.

On Saturday, Egypt's Ministry of Antiquities announced that a team of archaeologists had uncovered dozens of mummified cats, along with 100 wooden cat statues and a bronze bust of Bastet, the ancient Egyptian goddess of cats. The artifacts, found in a tomb in a cemetery in what would have been the ancient city of Memphis, are about 6,000 years old.

Members of the Egyptian Ministry of Antiquities tweeted several pictures of the finds.

It was part of an effort, they said, to draw visitors back to Egypt after tourism nose-dived following the Arab Spring. Those working to excavate the tomb hope to "show the exceptional richness of the Egyptian civilization and to attract the attention of the world towards its magnificent monuments and great civilization so that it becomes the focus of the world as it deserves," according to the ministry's release.

Ancient Egyptians were often buried with mummified animals and animal statues, experts say. It was seen as a way for the dead to bring pets with them to the afterlife, archaeologist Salima Ikram, a professor at the American University in Cairo, wrote on her blog. 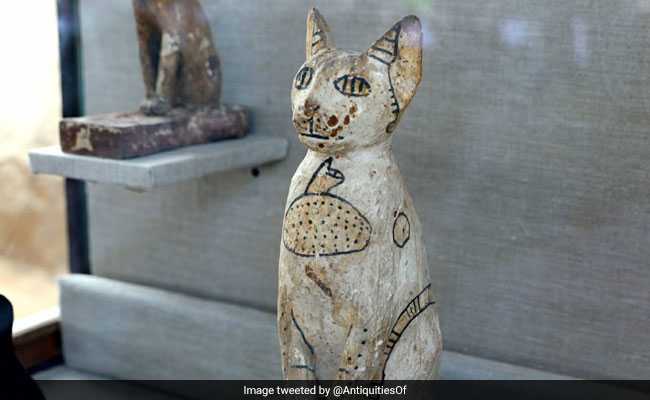 There were other incentives as well: Animals were buried in tombs "to provide food in the afterlife, to act as offerings to a particular god and because some were seen as physical manifestations of specific gods that the Egyptians worshiped," she wrote.

In an interview with NPR, Ikram said animal mummification was the ancient-world equivalent of lighting a candle in church to ask for a blessing.

Antonietta Catanzariti, a curator at the Smithsonian, said scientists have found hundreds of thousands of cat mummies over the years. The ancient Egyptians were drawn to felines' hunting prowess and their ability to protect their young. Catanzariti said the Egyptians saw those qualities as signs of divinity.

Along with the cats, researchers uncovered gilded statues depicting a lion, a cow and a falcon. There were also wooden snakes and crocodiles and a handful of mummified scarab beetles. Mostafa Waziri, secretary general of Egypt's Supreme Council of Antiquities, called the bugs in particular unique.

"It is something really a bit rare," he told Reuters. "A couple of days ago, when we discovered those coffins, they were sealed coffins with drawings of scarabs. I never heard about them before."