Russian President Vladimir Putin says it was possible for the US not to leave the Paris Agreement because it is a framework deal, and it was possible to change the US obligations. 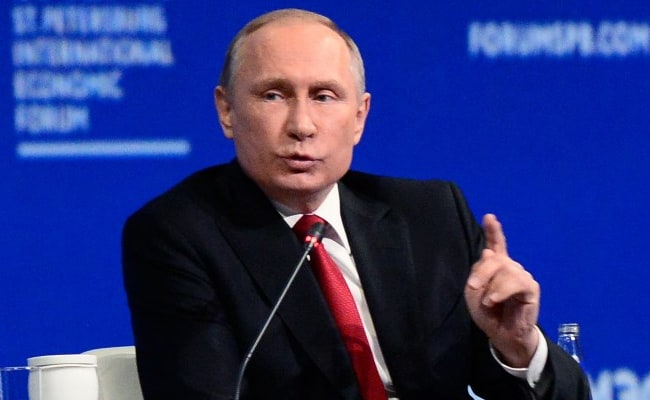 Vladimir Putin has urged the world to work with Donald Trump. (Agence France-Presse)

Saint Petersburg: Russian President Vladimir Putin on Friday urged the world to work with Donald Trump on climate, insisting he did not "judge" the US leader for quitting the landmark Paris accord.

"You shouldn't make a noise about this, but should create the conditions for joint work," Putin said at an economic forum, adding that Trump had said he wanted to renegotiate a new deal.

"If such a major emitter as the US is not going to cooperate entirely then it won't be possible to agree any deal in this area," Putin said.

Other world leaders have reacted with anger and defiance after President Trump announced that the United States, the world's second biggest carbon emitter, was quitting the 2015 Paris climate agreement.

Led by Germany's Angela Merkel and France's Emmanuel Macron, they have branded Trump's decision as misguided and vowed to defend an accord they consider crucial to the future of the planet.


(Except for the headline, this story has not been edited by NDTV staff and is published from a syndicated feed.)
Comments
Donald TrumpVladimir PutinParis Agreementclimate changeglobal warming