Hawking, arguably the world's most famous scientist, told the BBC that president Trump's decision to pull out of the Paris climate agreement could lead to irreversible climate change. 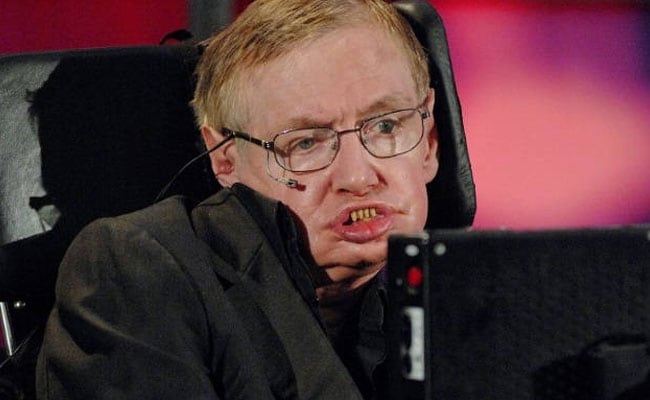 Stephen Hawking believes humans' best hope of survival was to live on other planets. (File Photo)

London: President Donald Trump's decision to withdraw the US from the Paris climate pact could "push the Earth over the brink" and turn it into a hothouse planet like Venus, renowned British physicist Stephen Hawking has warned.

Trump announced last month that the US would be withdrawing from the Paris Agreement, which has been signed by nearly 200 nations, claiming he wants to "renegotiate" the country's part in the agreement to ensure American businesses are not disadvantaged.

Hawking, arguably the world's most famous scientist, told the BBC that president Trump's decision to pull out of the Paris climate agreement could lead to irreversible climate change.

"We are close to the tipping point where global warming becomes irreversible. Trump's action could push the Earth over the brink, to become like Venus, with a temperature of two hundred and fifty degrees, and raining sulphuric acid," the 75-year-old physicist said.

He also feared aggression was "inbuilt" in humans and that their best hope of survival was to live on other planets.

The Cambridge professor said climate change is one of the great dangers humanity was facing, but it could be prevented by acting now.

"By denying the evidence for climate change, and pulling out of the Paris Climate Agreement, Donald Trump will cause avoidable environmental damage to our beautiful planet, endangering the natural world, for us and our children," Mr Hawking said.

When asked whether he felt humans would ever solve their environmental problems and resolve conflicts, Mr Hawking was pessimistic, saying that he thought humans' days on Earth were numbered.

"I fear evolution has inbuilt greed and aggression to the human genome. There is no sign of conflict lessening, and the development of militarised technology and weapons of mass destruction could make that disastrous. The best hope for the survival of the human race might be independent colonies in space," he said.

On Brexit, Mr Hawking feared that UK research would be irreparably damaged.

"Science is a cooperative effort, so the impact (of Brexit) will be wholly bad, and will leave British science isolated and inward looking," he said.

Asked about his legacy, Mr Hawking said, "I never expected to reach 75, so I feel very fortunate to be able to reflect on my legacy. I think my greatest achievement, will be my discovery that black holes are not entirely black."

Promoted
Listen to the latest songs, only on JioSaavn.com
Mr Hawking has had motor neurone disease for most of his adult life. It has impaired his movement and ability to speak.

"When I was diagnosed at 21, I was told it would kill me in two or three years. Now, 54 years later, albeit weaker and in a wheelchair, I'm still working and producing scientific papers. But it's been a great struggle, which I have got through only with a lot of help from my family, colleagues, and friends," he said.