The US Trade Representative's office needs to unveil the list of products by Friday. 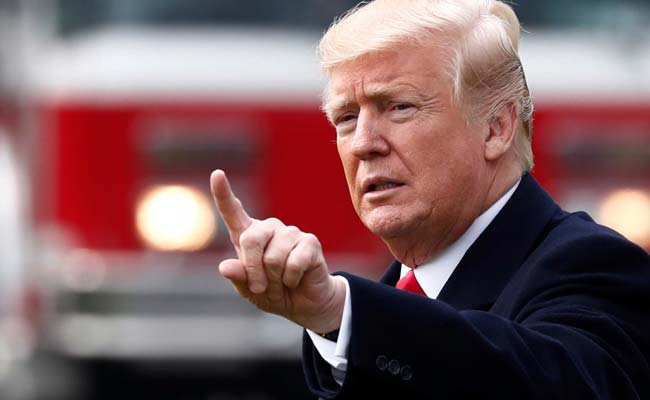 Washington: The Trump administration this week will unveil the list of Chinese imports targeted for U.S. tariffs to punish Beijing over technology transfer policies, a move expected to intensify trade tensions between the world's two largest economies.

The list of $50 billion to $60 billion worth of annual imports is expected to target "largely high-technology" products and it may be more than two months before tariffs take effect, administration officials have said.

The tariffs are aimed at forcing changes to Chinese government policies that USTR says results in the "uneconomic" transfer of U.S. intellectual property to Chinese companies.

China has denied that its laws require technology transfers and has threatened to retaliate against any U.S. tariffs with trade sanctions of its own, with potential targets such as U.S. soybeans, aircraft or heavy equipment.

On Sunday, Beijing slapped extra tariffs of up to 25 percent on 128 U.S. products including frozen pork, as well as wine and certain fruits and nuts in response to steep U.S. tariffs on imports of aluminum and steel announced last month by the Trump administration.

Fears have arisen that the two countries will spiral into a trade war that will crush global growth.

U.S. technology industry officials said they expected the Trump administration's list to target products that benefit from Beijing's "Made in China 2025" program, which aims to upgrade the country's domestic manufacturing base with more advanced products.

"Foreign technology acquisition through various means remains a prime focus under Made in China 2025 because China is still catching up in many of the areas prioritized for development," USTR said in its report justifying the tariffs.

U.S. Trade Representative Robert Lighthizer has said that preserving America's technological edge is "the future of the U.S. economy."

Reports that the tariff list may also include consumer goods such as clothing and footwear drew strong protests from U.S. business groups, which argued that it would raise prices for U.S. consumers.

While there have been contacts between senior members of the Trump administration and their Chinese counterparts since Trump announced his intention to impose tariffs, there has been little evidence of intensive negotiations to forestall them.

"The administration is following the Japan model from the 1980s," said a tech industry executive. "They'll publish a Federal Register notice of tariffs on certain products, then try to reach a negotiated settlement over the next 60 days."During his first stint at USTR in the Reagan administration, Lighthizer employed similar tactics to win voluntary Japanese export restraints on steel and autos.

Wendy Cutler, a former deputy USTR in charge of Asia negotiations, said that addressing the sweeping intellectual property allegations identified by USTR would require major changes to China's industrial policy. A 60-day settlement may not be realistic in that case.

Promoted
Listen to the latest songs, only on JioSaavn.com
"I think they've set up a high bar for what they need to achieve, in order not to impose these types of tariffs and investment restrictions," Cutler said.
© Thomson Reuters 2018