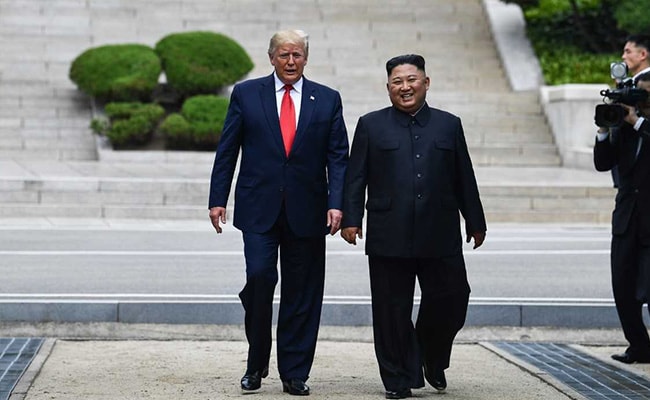 Chairman Kim does not want to disappoint me, Donald Trump said in a tweet. (File photo)

"There may be a United Nations violation, but Chairman Kim does not want to disappoint me with a violation of trust, there is far too much for North Korea to gain," Trump said in a series of tweets on the subject.

"Chariman Kim has a great and beautiful vision for his country, and only the United States, with me as President, can make that vision come true," Trump added, misspelling the North Korean dictator's official title.

Nuclear-armed North Korea is barred from ballistic missile tests under UN resolutions, and its recent repeated testing of short-range missiles have been condemned by European members of the UN Security Council.

Trump, however, has dismissed the tests as "standard."

The US president has invested a huge amount of political capital in his attempt to persuade Kim to end his country's isolation and give up its nuclear arsenal.

However, despite three massively publicized face-to-face meetings and numerous exchanges of letters, Trump has modest gains to show for his diplomacy.

In Trump's latest tweets, he has again suggested that his personal touch will be enough to persuade Kim to reverse the regime's years-long push for military nuclear power.

"He will do the right thing because he is far too smart not to, and he does not want to disappoint his friend, President Trump!" the US president said.

(Except for the headline, this story has not been edited by NDTV staff and is published from a syndicated feed.)
Comments
Donald TrumpKim Jong UnNorth Korea