"Without Nukes, North Korea Could Be Among Greatest Economies": Trump

In a series of tweets on the eve of his departure for this week's summit in Hanoi, Trump also praised China and Russia for enforcing sanctions on North Korea. 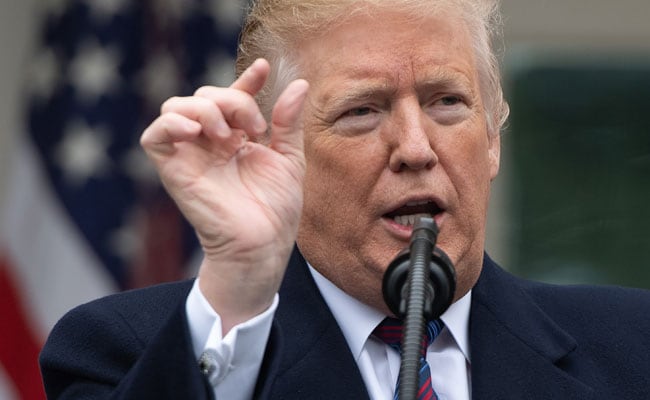 US President Donald Trump on Sunday said North Korea could become one of the world's "great economic powers" if it relinquished its nuclear arsenal, ahead of his summit with Kim Jong Un.

In a series of tweets on the eve of his departure for this week's summit in Hanoi, Trump also praised China and Russia for enforcing sanctions on North Korea while insisting he had a "great relationship with Chairman Kim."

"Chairman Kim realizes, perhaps better than anyone else, that without nuclear weapons, his country could fast become one of the great economic powers anywhere in the world. Because of its location and people (and him), it has more potential for rapid growth than any other nation!" he wrote.

Trump said he and Kim "both expect a continuation of the progress made at first Summit in Singapore. Denuclearization?"

Their groundbreaking summit in June produced only a vague statement on the denuclearization of the Korean peninsula.

Kim is demanding the lifting of punishing sanctions while Washington insists that the measures must remain in place until North Korea gives up its nuclear arsenal.

In his tweets, Trump spoke highly of China's President Xi Jinping, saying he had been "very helpful" in his support for the summit.

"The last thing China wants are large scale nuclear weapons right next door. Sanctions placed on the border by China and Russia have been very helpful."