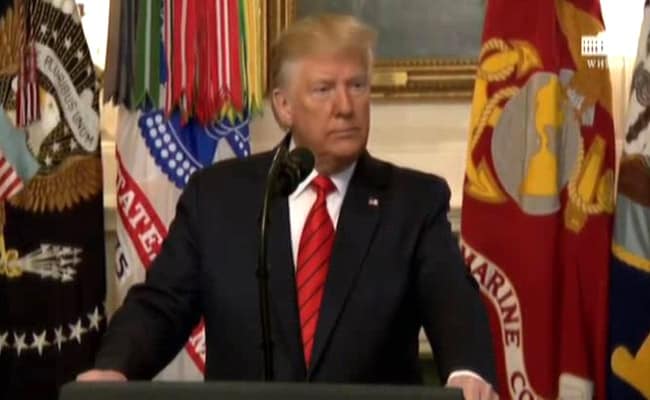 U.S President Donald Trump said that on Thursday he would deliver on his promise to release the transcript of an April call with Ukrainian President Volodymyr Zelenskiy.

The transcript of a July 25 call Trump made with the Ukrainian president in which he asked him to investigate the son of his political rival Joe Biden has become the subject of a Democratic-led impeachment inquiry into the president.

(Except for the headline, this story has not been edited by NDTV staff and is published from a syndicated feed.)
Comments
Donald TrumpUkrainian President Volodymyr Zelenskiy