US Ready To Deal With Any North Korean 'Christmas Gift': Donald Trump

"We'll find out what the surprise is and we'll deal with it very successfully," Trump told reporters at his Mar-a-Lago resort. 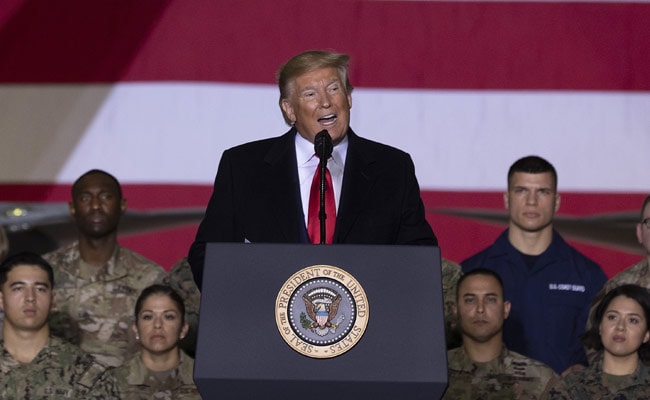 President Donald Trump on Tuesday brushed off North Korea's warning of a "Christmas gift", saying the United States would "deal with it very successfully," amid concerns in the United States that Pyongyang might be preparing a missile test.

"We'll find out what the surprise is and we'll deal with it very successfully," Trump told reporters at his Mar-a-Lago resort.

"We'll see what happens. Maybe it's a nice present," he quipped.

"Maybe it's a present where he sends me a beautiful vase as opposed to a missile test.

"North Korea warned Washington earlier this month of a possible "Christmas gift" after its leader Kim Jong Un gave the United States until the end of the year to propose new concessions in talks over his country's nuclear arsenal and reducing tensions between the two long-time adversaries.

In issuing the warning on Dec 3, North Korea accused Washington of trying to drag out denuclearization talks ahead of the US presidential election next year and said it was "entirely up to the US what Christmas gift it will select to get."

US military commanders have said that the North Korean response could involve the testing of a long-range missile, something North Korea has suspended, along with nuclear bomb tests, since 2017.