Donald Trump sparked widespread criticism when he said that he believed Kim Jong Un's claim that he didn't know what happened to Otto Warmbier during his detention. 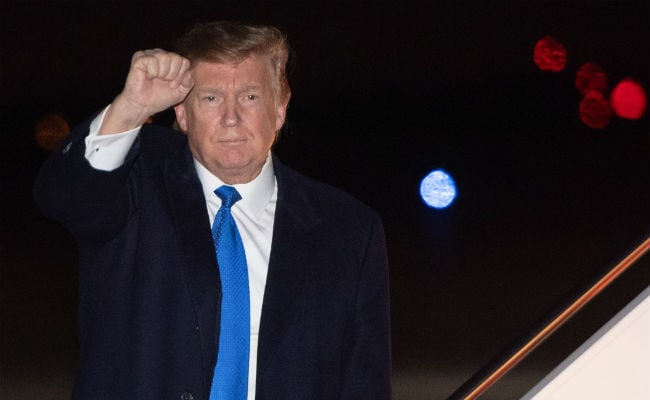 Donald Trump spoke about Kim Jong Un and Otto Warmbier at the close of a summit in Vietnam.

President Donald Trump on Friday sought to quell a firestorm sparked by his comments on the case of an American student tortured and left in a coma in North Korea, saying his words had been "misinterpreted."

Trump sparked widespread criticism when he told reporters at this week's summit with Kim Jong Un in Vietnam that he believed the North Korean leader's claim that he didn't know what happened to Otto Warmbier during his detention.

The 22-year-old Warmbier died days after being sent back to the United States in 2017.

After a stern rebuke from Warmbier's parents, Trump took to Twitter, insisting he held North Korea responsible for the student's death -- but without directly blaming Kim or even mentioning him.

"I never like being misinterpreted, but especially when it comes to Otto Warmbier and his great family," Trump said. "Of course I hold North Korea responsible for Otto's mistreatment and death.

"Most important, Otto Warmbier will not have died in vain. Otto and his family have become a tremendous symbol of strong passion and strength, which will last for many years into the future."

Earlier Friday, Warmbier's parents Fred and Cindy condemned the US leader's "lavish praise" of Kim this week following their summit in Hanoi.

"We have been respectful during this summit process. Now we must speak out," they said in a statement.

"No excuses or lavish praise can change that."

In his response, Trump noted: "I got Otto out along with three others. The previous Administration did nothing, and he was taken on their watch."

He concluded: "I love Otto and think of him often!" 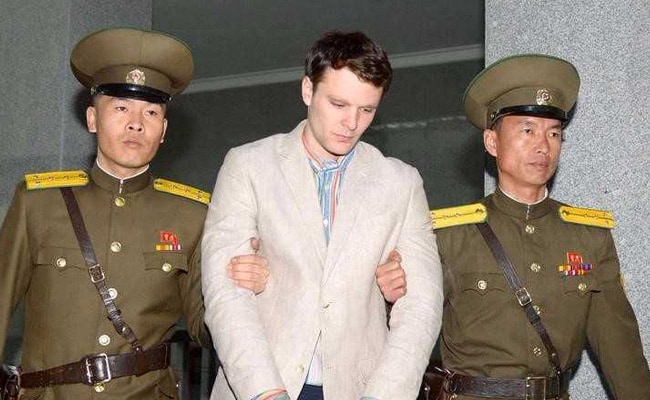 Otto Warmbier had spent more than a year in detention in the secretive state in North Korea.

Warmbier, an Ohio native who studied at the University of Virginia, had traveled to North Korea on a tour.

He was pulled away at the Pyongyang airport and charged with crimes against the state for allegedly taking down a propaganda poster in his hotel.

He was sentenced to 15 years of hard labor. After lengthy negotiations between Washington and Pyongyang, Warmbier was released but died a few days later on American soil.

After the Hanoi summit, Trump said of Kim: "He knew the case very well, but he knew it later."

Kim "tells me that he didn't know about it, and I will take him at his word," Trump said.

Washington politicians reminded the president that in 2017, he took credit for obtaining Warmbier's release.

"Otto was tortured beyond belief by North Korea," Trump said at the time.

That year, he also labelled Kim Jong Un a "madman who doesn't mind starving or killing his people."

Warmbier's parents were then invited to attend Trump's State of the Union address in Congress in January 2018 and were hailed as "incredible people" in his speech.

In a tweet earlier Friday, before the Warmbier statement, Trump sought to put a good spin on his abortive nuclear talks with Kim.

"Great to be back from Vietnam, an amazing place. We had very substantive negotiations with Kim Jong Un - we know what they want and they know what we must have. Relationship very good, let's see what happens!"

After Warmbier's death, the US government supported his parents in a lawsuit against Pyongyang.

On December 24, a US judge ordered North Korea to pay $501 million over Warmbier's death from apparent torture.

A judge said that Warmbier had been used "as a pawn in that totalitarian state's global shenanigans and face-off with the United States."