Donald Trump, Bernie Sanders Say US Should Not Try To Topple Dictators 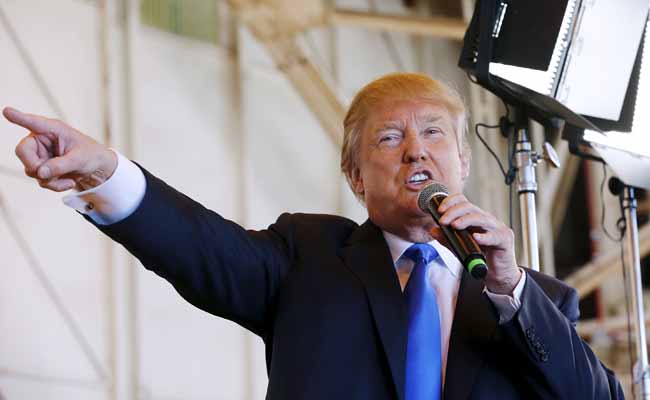 Washington: US presidential candidates Bernie Sanders and Donald Trump said separately on Sunday that the United States should not try to topple dictators such as Syria's Bashar al-Assad, highlighting a skepticism over foreign wars that transcends party lines.

Both candidates said the Middle East would be less tumultuous today if Libya's Muammar Gaddafi and Iraq's Saddam Hussein were still in charge, arguing that the United States faces a greater threat from Islamic State and other extremist groups that have flourished in their wake.

"The region would be much more stable" with Gaddafi, Hussein and Assad in place, Sanders, a Democrat, said on NBC's "Meet the Press."

"100 per cent - is there even a doubt in your mind?" Trump, the Republican frontrunner, said in a separate interview on the same show.

Though they agree on little else, both the Democratic challenger and Trump appeal to voters who view the 2003 invasion of Iraq as a mistake and are leery of getting too deeply involved in the region.

Sanders, seeking to bite into frontrunner Hillary Clinton's big lead in the November 2016 Democratic White House race just six weeks before the first nominating contest in Iowa, has criticized her for being too quick to intervene in the Middle East.

He has repeatedly reminded voters of Clinton's support for the 2003 invasion of Iraq, which she has since called a mistake and has been critical of her support for the speedy departure of Assad, who has resisted all diplomatic efforts to leave power with a civil war raging in his country and swathes of territory controlled by Islamic State, also known as ISIS.

The US bombing of Libya in 2011 when Clinton was Secretary of State hastened Gadaffi's downfall but created a vacuum which is being filled by extremist groups, the Vermont senator said.

"Gaddafi, terrible dictator, gotten rid of," Sanders said. "Right now, ISIS is gaining ground in Libya because of all of the destabilization in the region and all of the turmoil."

Trump has sought to appeal to hawkish Republican voters by criticizing the Obama administration for not pressing the fight against Islamic State aggressively enough.

At the same time, he has criticized Republican rivals such as former Florida Governor Jeb Bush who believe that Assad must go, warning that regime change can lead to unintended consequences.

"Every time we get involved with rebels ... it ends up being far worse than the people who were there in the first place," he said.

Sanders and Trump both said the United States should focus on defeating Islamic State rather than trying to oust Assad at the same time.