Over the past year, builders have transformed the two-acre lot into his "paradise," having a spa, a trampoline, an indoor pool, two murals of Sylar's face and a party room 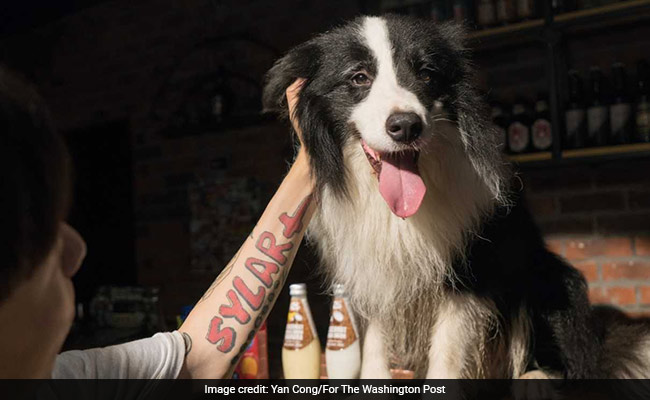 An abandoned warehouse once stood where Sylar's new mansion sprawls.

Over the past year, builders have transformed the two-acre lot into his "paradise," a sign informs guests at the wooden gates. Beyond them lie a spa, a trampoline, an indoor pool, two murals of Sylar's face and a party room with chalkboard walls, where someone has scrawled: "I love you."

Sylar paused at the tender message on a recent afternoon. Then he lifted his leg and urinated.

This is what half a million dollars can buy a border collie in Beijing. It's also a symbol of love, economic progress and the Internet's unique power to make you famous - sometimes overnight.

"Before I had Sylar, I had nothing to live for," said owner Zhou Tianxiao, 31, scratching his dog's ears. "He gave me a purpose."

Five decades after Chairman Mao's Red Guards were known to kill pet dogs - a "bourgeois" accessory the communist leader sought to quash during his purge of Western values - China's youths are increasingly lavishing money on animals. 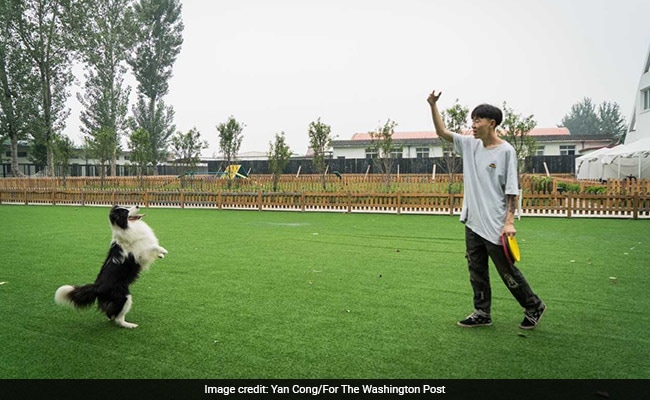 The Chinese are projected to spend the equivalent of $7 billion on furry friends by 2022, a surge from $2.6 billion last year, according to the German market research firm Euromonitor

Theories abound as to why affluent Chinese seem so devoted to their pets; poorer folks in urban centers tend to be priced out because licensing dogs can cost hundreds of dollars. But analysts tie some of the fervor to the country's rigid "one-child" policy, in effect from 1979 until early 2016.

Marriage rates and birthrates have fallen in recent years as a generation without siblings, saddled with extra family pressure to shine, has pursued more education and often refused to settle down, said Cheng Li, a China scholar at the Brookings Institution in Washington.

"They have a sense of independence," Li said, "but they still want a companion."

Zhou, an only child himself, used to feel lonely. Four years ago, the lanky Beijing native was unemployed and living downtown with his grandmother. He had dropped out of school at 15 and spent most of his time playing video games at Internet cafes.

He feared he would drift that way forever, staring at screens, then hitting the pillow. Log on. Sleep. Repeat.

Then, one day, a friend urged him to check out some puppies for sale. What happened next Zhou described as magical. He locked eyes with a black-and-white bundle of fluff. The puppy's tail wagged with a joy Zhou yearned to feel.

"It was love at first sight," he recalled.

He named the puppy Sylar after a character in one of his favorite American television shows, "Heroes."

Hollywood's Sylar was a watch repairer who "desired to be special instead of 'ordinary,' " as one fan site puts it, so he learned to kill superheroes and steal their abilities.

Zhou imagined that the canine version would use his powers for good.

He watched YouTube videos of dog trainers in the United States, studying their techniques late into the night. He taught Sylar to high-five, play dead, walk like a human and leap on tables. One command sent the dog between Zhou's legs, a paw on each foot, so they could stroll together.

Zhou used his phone to shoot footage of Sylar's tricks, set to Lady Gaga songs, and posted it to Meipai, a Chinese video site. 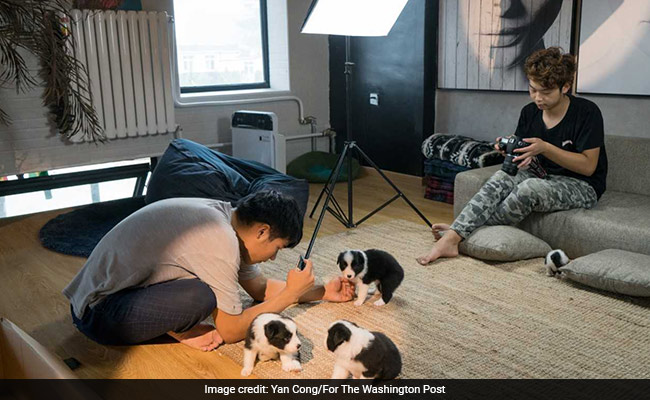 Somehow, people found the clips. One share spawned 10 more, which multiplied to 1,000, which swelled into millions of views.

Sylar soon had nearly 800,000 followers on social media. Fans throughout China wrote to him, drew pictures of him and asked to meet.

Zhou had unwittingly stepped into a cultural obsession.

Amy Huilin Tsang, a sociologist who studies Chinese class identity, says the pet fixation may have something to do with self-expression.

"The dog can be a fashion statement," she said. "Or the newest status symbol."

For members of China's one-child generation, analysts say, nothing is too good for their animals.

"They've been incredibly mollycoddled their whole lives," said Andrew Atkinson, a dog and cat market researcher in Shanghai, "and they're transferring it onto their pets."

The spotlight on Sylar encouraged Zhou to open a dog food and toy store on Taobao, the Chinese e-commerce giant that allows users to peddle goods online. 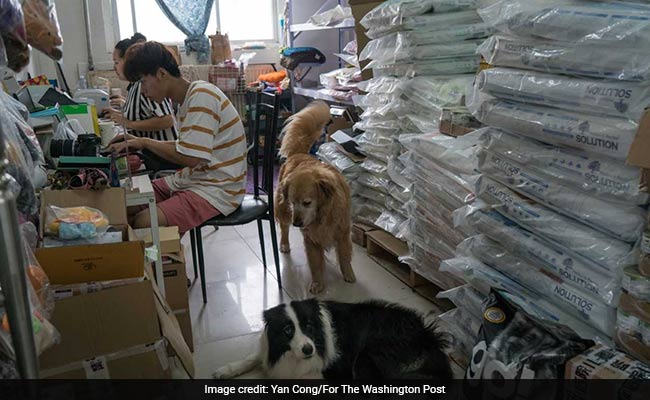 Zhou is helped by his girlfriend, who helps him run the place and manage the staff, who live next door.

He thanked his pet with a tattoo of Sylar's name in red bubble letters on his left forearm. The body art alone didn't feel adequate, so Zhou wondered: What does a dog really want?

Zhou found the old warehouse in Shunyi, an upscale Beijing suburb, and designed the renovation himself. His girlfriend, Liu Wei, 37, helps him run the place and manage a staff of 10, who live next door.

Before Sylar, Zhou "was lazy and spent most of his waking hours playing video games," Liu said. "He's now enterprising and conscientious."

They opened Sylar's mansion to the public in May. Dogs can take a "medicinal bath" in the spa for 175 yuan (about $26) or a "soothing oil" massage for 400 yuan.

Canine visitors are welcome to stay the night in air-conditioned rooms with giant pillows and personal backyards. And humans can join their pets in the pool, as long as they don't mind the floating clumps of black collie fur.

(Except for the headline, this story has not been edited by NDTV staff and is published from a syndicated feed.)
Comments
ChinaOne child Policycelebrity pets