Disney's Kareem Daniel Rises From An Intern To Streaming Czar

On Monday, Kareem Daniel ascended to a top job at the dominant force in comic-book lore -- and many other forms of entertainment -- Walt Disney Co. 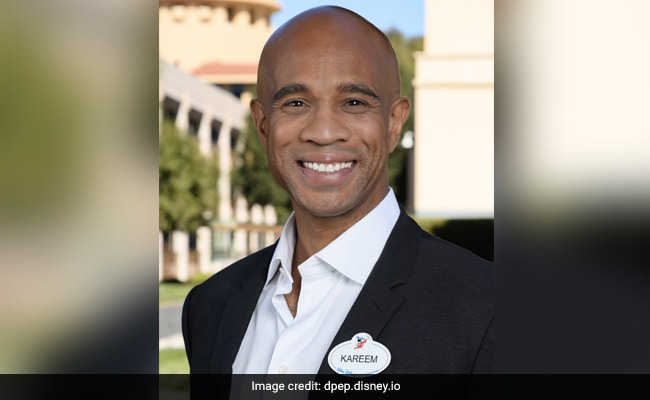 As a kid, Kareem Daniel used to spend hours at the comic-book store at his local mall poring over the titles, sometimes with his mom waiting patiently in the car.

On Monday, he ascended to a top job at the dominant force in comic-book lore -- and many other forms of entertainment -- Walt Disney Co.

The native of Chicago's South Side leapfrogged colleagues to become head of a newly formed Media and Entertainment Distribution group. In that position, he'll make decisions over pricing, marketing and how consumers connect with Disney+, the company's flagship effort to take on Netflix Inc. in the fast-growing business of online video.

The 46-year-old executive owes his rise in large part to his connection with Disney's new chief executive officer, Bob Chapek, who said he first hired him as an intern years ago when Daniel was in graduate school.

"He is a brilliant executive who has an unbelievable objectivity when it comes to fact-based decision making," Chapek said in an interview. "It perfectly positions him to be the right guy to make decisions. Not because there's a legacy of the business, but because it's right for today."

Chapek, who took over for longtime Disney CEO Bob Iger in February, has been quickly putting his stamp on the entertainment giant -- even as the coronavirus pandemic clobbered its theme-parks, movies and live-sports businesses. In August, Chapek said he intended to accelerate the company's push into streaming, which is enjoying a boom with so many families stuck at home. A reorganization he announced Monday underscores the shift by aligning all of the company's TV and film businesses into one central effort.

Daniel's career climb has been impressive. After Stanford University, where he earned degrees in electrical engineering and an MBA, he worked for three years at Goldman Sachs Group Inc. before joining Disney in strategic planning in 2007. Daniel worked at the company's film studio and in consumer products.

In 2017, he took over the company's Imagineers, the theme-park designers who create Disney's fantastical rides and attractions. Under his watch, Disney introduced twin Star Wars themed lands in California and Florida. He's also supervised construction of a Marvel-themed land expected to open soon in California.

"He's had experience across many pieces of the company and no matter which role he's been in, he's done an outstanding job," said Chapek, who led the theme-park group before becoming CEO.

In an interview published by Morgan Park Academy, where Daniel attended high school and played basketball, the executive said he relished being a part of Disney's deal with Marvel -- the comic-book studio that spawned the world's most successful movie franchise.

"A highlight of my career was being a member of the team that worked on the acquisition of Marvel in 2009 and being able to tell my mom about it and better explain what I did for a living," he said.

Daniel is also described as a movie buff who regularly attends the Sundance Film Festival in Utah. As a result, he's likely to advocate not just for the big-budget pictures Hollywood has drifted to in recent years but also the smaller films that could find a home on the company's Disney+ and Hulu services.

"One of the biggest outlets I had growing up was seeing movies with my older cousin almost every weekend," he told Morgan Park Academy. "I have always loved movies, but growing up, I never imagined that there was a business side to entertainment. I just had no idea. After college, I started to realize that there is something there."